Claimed Lawyer ProfileQ&ASocial Media
Angelina Bradley
Monterey Park, CA Military Law Attorney with 10 years experience
(323) 262-2353 901 Corporate Center Drive
Suite 203
Monterey Park, CA 91754
Free ConsultationMilitary
University of Colorado Law School
Show Preview
View Website View Lawyer Profile
I am a retired Navy Judge Advocate helping families, working professionals, parentrepreneurs, and creatives attain work-life balance. I am a licensed attorney in California, Colorado, and the District of Columbia. I am also a certified as a mediator and peer specialist. I help my clients find a work-life balance goal, then craft solutions to empower them to attain those goals. For most of my clients, that means providing compassionate family law services to restructure a family: from marriage to divorce; reworking custody and visitation; adding a new member to the family through adoption; or restoring safety. I will guide you...

Claimed Lawyer ProfileSocial Media
Andrew Cherkasky
Irvine, CA Military Law Attorney with 14 years experience
(844) 464-5529 116 Oasis
Irvine, CA 92620
Free ConsultationMilitary and Criminal Defense
Chicago-Kent College of Law, Illinois Institute of Technology
Show Preview
View Website View Lawyer Profile Email Lawyer
I knew I would be a trial lawyer as long as I can remember. I was one of those kids growing up that loved to argue about everything and anything. Parents, teachers, siblings, it didn’t matter — and the truth is, I won most of those fights. Education I attended college at the University of Wisconsin in Madison. My studies were all focused on the necessary course work to later attend law school. During college I was the captain of the mock-trial team that won third in the nation. I majored in political science,...


San Diego, CA 92101
Military, Bankruptcy, Business and Criminal Defense
Chicago-Kent College of Law, Illinois Institute of Technology
Show Preview
View Website View Lawyer Profile Email Lawyer
Joseph N. Casas is a bilingual attorney and business advisor with a diverse background and experience founded upon his service as an infantryman in the U.S. Marine Corps and a J.A.G. officer in the U.S. Navy. As an attorney, Joseph’s experience includes corporate law, bankruptcy law, and the defense and prosecution of complex matters including business and commercial torts, personal injury, contractual disputes, fraud, and securities claims. Joseph also maintains an active military law practice. He has represented dozens of service members before courts-martial and administrative separation boards. As a business advisor, Joseph specializes... 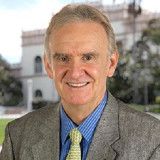 San Diego, CA 92101
Georgetown University Law Center and California Western School of Law
Show Preview
View Website View Lawyer Profile Email Lawyer
From 1987 to 1999, Bettwy was an Assistant Editor of International Legal Materials, a publication of the American Society of International Law. He has specialized in immigration law since 1987 when he began as a prosecutor in immigration court for the U.S. Immigration and Naturalization Service in San Francisco. From there, he was promoted to Associate General Counsel in Washington, DC, in charge of attorney training, and then he transferred to the Civil Division of the U.S. Attorney’s Office in San Diego, where he continues to specialize in immigration law matters before the U.S. District Court and the Ninth Circuit...

Newport Beach, CA 92660
Criminal Defense, DUI & DWI and White Collar Crime
Tulane University School of Law, Cambridge University and Louisiana State University - Baton Rouge
Show Preview
View Website View Lawyer Profile Email Lawyer
Victim rights and selective criminal defense are my main practice areas. I am a former major crimes prosecutor in Los Angeles and Orange counties, where I was a member of the multi-agency Stalking and Threat Assessment Team for a number of years, prosecuting crimes involving victims who were major celebrities and public officials. Today I represent crime victims in stalking, threats and violent crime cases, criminal defendants in selective cases, military veterans in criminal veterans court, and other people in DMV driver license actions. I have extensive training and experience in DUI cases, which is the crime with which most...

The Oyez Lawyer Directory contains lawyers who have claimed their profiles and are actively seeking clients. Find more Camp Nelson Military Lawyers in the Justia Legal Services and Lawyers Directory which includes profiles of more than one million lawyers licensed to practice in the United States, in addition to profiles of legal aid, pro bono and legal service organizations.