Mr. Serpe has a Master of Laws (LLM) in Maritime Law from Tulane University School of Law, and has obtained the highest ranking (Proctor) from the Maritime Law Association of the United States. He has successfully prosecuted cases under the Jones Act, bringing fair and just compensation to sailors who were injured while performing their duties.

Richard Serpe represents the victims of brain damage from toxic and traumatic...

Maritime, Business and Insurance Defense
The Ohio State University Michael E. Moritz College of Law
Show Preview
View Website View Lawyer Profile Email Lawyer
Dave Ventker is a Fellow of the Litigation Counsel of America, an invitation-only trial honorary society composed of less than one half percent of lawyers in the United States. Immediate past member of the Board of Directors of the Maritime Law Association of the United States, past Chairman of the Inland Waters and Towing Committee of the Maritime Law Association and a Proctor in Admiralty, Dave has been practicing law since 1982. He has been concentrating in maritime law and commercial litigation since 1989, when he entered private practice after serving on active duty for more than 7 years with... 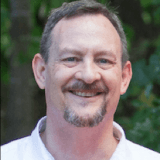 
Maritime, Appeals, Asbestos and Products Liability
Show Preview
View Website View Lawyer Profile Email Lawyer
Will Harty is partner at Patten, Wornom, Hatten & Diamonstein, LC, where he represents clients in mesothelioma and asbestos cases, product liability, personal injury, and maritime tort trial litigation, and appellate practice. As a trial attorney, Mr. Harty and his colleagues have won several multi-million dollar product liability verdicts. In his appellate practice, Will has represented clients in complex legal issues before the Virginia Supreme Court, the Fourth Circuit Court of Appeals, the Third Circuit Court of Appeals, and the Supreme Court of the United States. Will is regularly consulted and retained by other firms across the nation on maritime...

The Oyez Lawyer Directory contains lawyers who have claimed their profiles and are actively seeking clients. Find more Woodbridge Maritime Lawyers in the Justia Legal Services and Lawyers Directory which includes profiles of more than one million lawyers licensed to practice in the United States, in addition to profiles of legal aid, pro bono and legal service organizations.