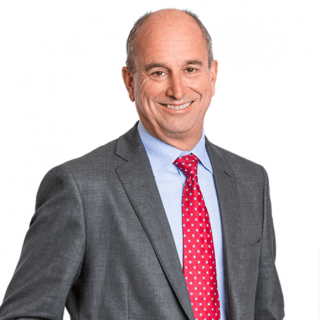 When you speak with Ben for even a few minutes, it’s impossible to ignore his energy. His enthusiasm comes both from his roles as Attorney, Chief Executive Officer, and Owner at CHASENBOSCOLO, and, more importantly, his passion for people. When it comes to his clients, he is a trial lawyer whose sole focus is on fighting for his client’s rights. Ben cannot tolerate a world where working men and women are not treated fairly by the legal system. Ben and the CHASENBOSCOLO team believe in better. They work tirelessly to hold wrongdoers accountable and help their clients overcome troubles.

Ben was taught the importance of the right way to earn respect at a young age by his grandfathers - one of whom immigrated from Italy and the other who was a mechanical engineer. Throughout his life, he’s seen firsthand how people in power take advantage of honest, hard working men and women. Ben is thankful the skills his education and experience have helped develop. He believes he is obligated to use these skills to fight for those of us who are stepped on and bullied. This uncompromising integrity and commitment to clients has allowed him to help grow the firm from one lawyer to more than thirty lawyers. Practicing law is more than just verdicts and settlements—Ben fights for true change. He works to make sure that not only his clients’ rights—but just as importantly the rights of others—are protected for years to come.

In each cases he handles, Ben demonstrates a commitment to pursuing justice for us all. For example, he once represented an injured truck driver who was denied workers’ compensation benefits on the ground that he was a sub-contractor and not an employee of the company. The truck driver initially lost his case. Ben could not imagine giving up on his client.He and his team faced the challenge by appealing to the highest court in the District of Columbia, where they won. CHASENBOSCOLO's efforts not only got the truck driver the benefits he needed to ca

Maryland
Maryland Court of Appeals
Since 1987

Trial Lawyer of the Year
Maryland Association for Justice
2015
The MAJ Trial Lawyer of the Year Award may be bestowed annually upon the Maryland trial lawyer or team of trial lawyers (including at least one Maryland lawyer) who made the greatest contribution to the public interest by trying or settling a case of precedential value - precedential either because it changed the law in a way that is beneficial to Marylanders or has, for other reasons, "sent a message" to those who might otherwise trample upon the rights of Maryland citizens. Nominees may have engaged in a broad range of work that furthers our goal of keeping Maryland families safe, including but not limited to civil rights, consumer rights, workers' rights, human rights, and/or corporate accountability.

Fellow
Litigation Counsel of America
2007
The Litigation Counsel of America. A close-knit, peer-selected, and aggressively diverse honorary society of 3,500 of the best trial lawyers you will find anywhere. Less than one-half of one percent of American lawyers, vigorously vetted for skills, expertise, and service; an invitation-only collegial network of lawyers who effectively represent clients across North America and around the world.

When Ben Boscolo was 15 years old, he knew he wanted to be a trial lawyer so it would give him the chance to help people every day. Learn more...