Claimed Lawyer ProfileSocial Media
James Christopher Sproat
Columbia, SC Legal Malpractice Attorney with 8 years of experience
(803) 929-1920 1440 Broad River Rd
Columbia, SC 29221
Legal Malpractice, Medical Malpractice, Personal Injury and Workers' Comp
University of Cincinnati College of Law
Show Preview
View Lawyer Profile Email Lawyer
Jim Sproat went to high school in Irmo after living in Indiana and Ohio. After high school, he attended the University of South Carolina and received his degree in Political Science in 2008. After receiving his undergraduate degree, Jim attended the University of Cincinnati College of Law where he was the president of the student bar association and the managing editor of the Immigration and Nationality Law Review. He graduated in 2011 and was admitted to the bar the same year. After graduation, Jim returned to Columbia where he found his love in the courtroom, focusing his practice in...

Free ConsultationLegal Malpractice, Arbitration & Mediation, Divorce and Personal Injury
Duke University School of Law
Show Preview
View Website View Lawyer Profile Email Lawyer
Drew Brown founded this law firm in 2006. He believes strongly that his first and foremost role as an attorney is to advocate for his clients. At age 42, he is already an experienced trial lawyer who has appeared on behalf of clients in contested hearings in over 50 different courthouses throughout the Carolinas. In an era where cases often settle before litigation or at mediation, Drew Brown has repeatedly taken personal injury and business disputes to trial. Brown distastes wasted legal time in hourly matters as he believes reducing the attorney fee burden on the client can be as... 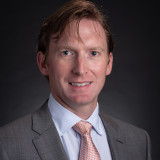 
Legal Malpractice, Estate Planning, Medical Malpractice and Probate
Charleston School of Law
Show Preview
View Website View Lawyer Profile Email Lawyer
Jeff Bogdan has been selected by South Carolina Super Lawyers to the Rising Stars list every year since 2015 and in 2016 was listed as a Top Rated Business Litigation Attorney. Charleston Business Magazine named him to the lowcountry Legal Elite list in the area of tax and estate law in 2018 and 2019. He holds a Martindale-Hubbell Preeminent rating (the highest, formerly called AV).

The Oyez Lawyer Directory contains lawyers who have claimed their profiles and are actively seeking clients. Find more Greer Legal Malpractice Lawyers in the Justia Legal Services and Lawyers Directory which includes profiles of more than one million lawyers licensed to practice in the United States, in addition to profiles of legal aid, pro bono and legal service organizations.