Claimed Lawyer ProfileSocial Media
Laurie Yott
Washoe County, NV Insurance Defense Attorney with 34 years experience
(775) 824-8833 6130 Plumas St
Reno, NV 89519
Insurance Defense, Personal Injury and Workers' Comp
University of San Diego School of Law
Show Preview
View Website View Lawyer Profile
Laurie A. Yott is a partner in the law firm of Beckett, Yott & McCarty, Chtd. She has been an attorney for more than twenty-five years and has successfully handled thousands of workers' compensation, personal injury and subrogation cases. She and Riley Beckett are unquestionably Nevada's leading experts in the subrogation field. Mrs. Yott has also frequently been retained to handle workers' compensation cases at the upper appellate levels. She is currently handling numerous cases before the Nevada Supreme Court and was successful in defending a Nevada workers' compensation decision at the United States Supreme Court in 2002. Mrs. Yott is a...

Claimed Lawyer ProfileSocial Media
Andrew Muehlbauer
Clark County, NV Insurance Defense Attorney with 13 years experience
(702) 330-4505 7915 West Sahara Ave.
Suite 104
Las Vegas, NV 89117
Free ConsultationInsurance Defense, Business, Construction and Personal Injury
University of Minnesota Law School
Show Preview
View Website View Lawyer Profile Email Lawyer
As a former partner of a large, regional litigation firm, my goal is to offer you that same quality of work but at a smaller, more personal scale. I am the founding member of Muehlbauer Law Office. I was born and raised in Wisconsin, but I have called Vegas home for 9 years now. I attended University of Minnesota Law School, and I graduated magna cum laude in 2006. On graduation, I took a job with a highly-respected regional litigation firm here in Las Vegas. I rose through the ranks at that firm and learned a lot from the experienced...

Claimed Lawyer ProfileSocial Media
Tony May
Clark County, NV Insurance Defense Attorney with 19 years experience
(702) 388-0404 1850 E Sahara Ave., Ste 206
Las Vegas, NV 89104
Insurance Defense, Business, Construction and Real Estate
University of Iowa
Show Preview
View Website View Lawyer Profile Email Lawyer
Mr. May started out his professional career as a Civil Engineer and after he obtained his professional engineering licenses in the states of California and Nevada, Mr. May put his professional career on hold while he went back to law school. Mr. May is one of only a handful of attorneys in the United States that has achieved the distinction of dual licensure as both a professional engineer (i.e., in the State of California) and as an attorney licensed to practice law in both Nevada and California. Mr. May’s legal practice areas include Administrative Law (i.e., including representing contractors and... 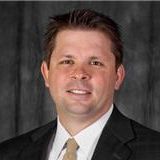 Las Vegas, NV 89148
Insurance Defense and Personal Injury
University of Texas - Austin
Show Preview
View Website View Lawyer Profile Email Lawyer
With over 15 years of experience, Attorney Clint Brasher proudly serves residents all throughout the state of Texas. Providing personalized attention and comprehensive legal aid for those seeking assistance with bad faith insurance issues and personal injury matters, there is no case too complex for him to handle. Board Certified in Personal Injury Trial Law and selected as a Top 100 Trial Lawyer by the National Trial Lawyers, Attorney Brasher is esteemed for his reputation in the legal community. Selected for inclusion in the list of Texas Super Lawyers® Rising Stars for 2005-2006, he is part of an elite...

Las Vegas, NV 89128-7640
Free ConsultationInsurance Defense, Construction, Insurance Claims and Personal Injury
Loyola Law School, Los Angeles and Loyola Law School, Los Angeles
Show Preview
View Lawyer Profile Email Lawyer
Main practice is mold cases that usually involve Insurance Bad Faith because insurance policies either do not cover mold cases or limits the amount of insurance coverage. This is contrary to Case and Statutory California law and triggers a Bad Faith case against the Insurance Company. Although my office is in Las Vegas my cases and clients are all in California. 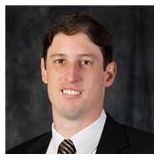 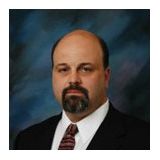 The Oyez Lawyer Directory contains lawyers who have claimed their profiles and are actively seeking clients. Find more Washoe County Insurance Defense Lawyers in the Justia Legal Services and Lawyers Directory which includes profiles of more than one million lawyers licensed to practice in the United States, in addition to profiles of legal aid, pro bono and legal service organizations.