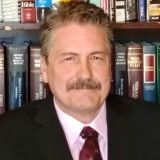 Jon has been named to the Super Lawyers list and Best Lawyers in America. He is av-rated (the highest rating) by...


Phoenix, AZ 85028
Insurance Claims, IP, Insurance Defense and Securities
UCLA School of Law
Show Preview
View Website View Lawyer Profile Email Lawyer
Schlesinger Conrad handles cases in Arizona and California. The Firm has won large settlements in a wide variety of business litigation matters. Even if your case is against a large corporation and is a document intensive case, Schlesinger Conrad has the resources to handle it. Contact us Schlesinger Conrad to see how we can work with you to find a solution for your business dispute. 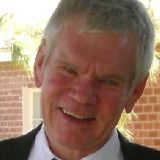 Phoenix, AZ 85016
Free ConsultationInsurance Claims, Animal and Personal Injury
Seton Hall University School of Law and University of San Francisco School of Law
Show Preview
View Website View Lawyer Profile Email Lawyer
Joseph Gmuca has been protecting the rights of persons injured and victimized since 1987. Over this time he has represented people from all walks of life and has done so knowing that his clients – injured, in pain and placed in a very financially shaky position and often abused – need an attorney who is tough and aggressive with the other side and caring and attentive to his client’s needs. We have successfully fought for our clients against all the major insurance companies and know their tactics and how to defeat them. This is true whether you are the...

Patrick received his J.D. from The University of Texas School of Law, where he graduated with Honors. Patrick practiced litigation at Vinson & Elkins in Houston for three years before joining Doyle LLP in 2007. Patrick was admitted to the Texas Bar in 2004 and the Arizona Bar in 2012. 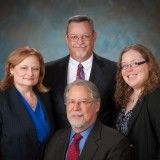 Phoenix, AZ 85014
Free ConsultationInsurance Claims, Personal Injury, Social Security Disability and Workers' Comp
University of Cincinnati College of Law
Show Preview
View Website View Lawyer Profile Email Lawyer
Since 1975 Alan M. Schiffman has been representing injured and disabled workers and their families regarding claims for workers' compensation, Social Security, long-term disability and personal injury matters. He and the other attorneys in the firm are dedicated to providing the highest quality service to those in need. So, if you find yourself in need of legal assistance, contact us - we are here to help. Check out our website at www.schiffmanlaw.com for detailed background information regarding us. 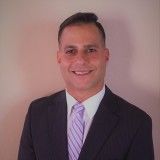 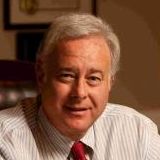 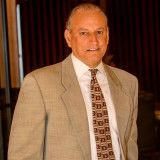 Claimed Lawyer ProfileSocial Media
Michael Fairbairn Cordova
Phoenix, AZ Insurance Claims Attorney with 29 years experience
(602) 265-6700 1700 North 7th Street
Suite 1
Phoenix, AZ 85006-2230
Free ConsultationInsurance Claims, Arbitration & Mediation, Elder and Personal Injury
Harvard Law School
Show Preview
View Website View Lawyer Profile Email Lawyer
Michael was born and raised in Albuquerque, New Mexico. He and his family resided in Albuquerque until 1984 when they moved to Arizona. Initially they relocated to Tucson and in 1986 settled in Phoenix. His family still resides in the Phoenix metropolitan area. He began college at the University of New Mexico. Upon moving to Arizona, he transferred to the University of Arizona where he attended for 2 1/2 years. At the University of Arizona, he was the recipient of numerous scholarships. In 1986, he transferred to Arizona State University. He was accepted into the... 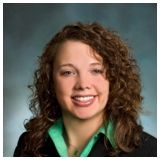 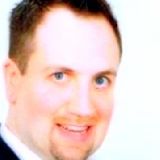 Claimed Lawyer ProfileSocial Media
Paul Knost
Tolleson, AZ Insurance Claims Lawyer with 16 years experience
(623) 936-1901 9371 West Van Buren Street
Tolleson, AZ 85353
Free ConsultationInsurance Claims, Criminal Defense, DUI & DWI and Nursing Home
Southern Illinois University - Carbondale
Show Preview
View Website View Lawyer Profile Email Lawyer
Call us at: 623-936-1901 We accept calls from jail! Hablamos Espanol Welcome to the Law Office of Paul E. Knost, PLLC. We provide high quality legal representation to clients in Arizona. We are located in the West Valley, Maricopa County, in beautiful Tolleson, Arizona. If you have been injured in a car accident, at work, or because of someone's negligence, don't try to settle the case yourself--give us a call now. We handle all cases involving negligence. We offer free consultations and will come meet you at your home or in the hospital, if necessary. Call now for a consultation with an experienced... 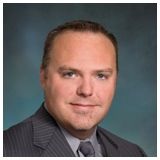 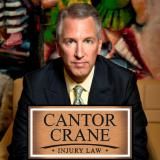 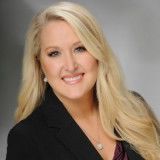 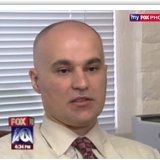 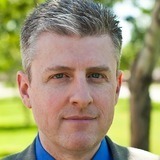 Stanna founded the Law Office of Jeffery S. Slater, P.C. in 1999 after practicing for nearly 10 years with Arizona's finest trial lawyers (handling the most complex civil cases, including disputes alleging medical malpractice). Since its launch, the Law Office of Jeffery Slater has represented a diverse group of insurance companies, healthcare providers, corporations... 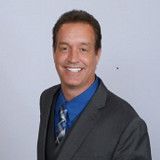 Phoenix, AZ 85028
Free ConsultationInsurance Claims, DUI & DWI and Personal Injury
Show Preview
View Website View Lawyer Profile Email Lawyer
Gary A. Kester started his career at Maricopa County Attorney Office (MCAO) and transitioned into insurance defense and personal injury. His experience prosecuting criminal offenses and defending insurance claims provides superior knowledge in pursuing your injury claim or defending you from criminal prosecution. For more than a decade Gary A. Kester has been dedicated to helping and representing injury victims, the families of injury victims and those charged with criminal offenses. During that time he has been handling personal injury and wrongful death cases involving automobiles, trucks colliding with automobiles, trucks colliding with other trucks, premises liability, slip and falls... 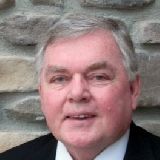 Mesa, AZ 85208
Free ConsultationInsurance Claims, Personal Injury and Workers' Comp
Arizona State University
Show Preview
View Website View Lawyer Profile Email Lawyer
Wayne has been handling injury cases in Arizona for over 32 years representing injured people and their families. He is a Certified Specialist in Injury and Wrongful Death Litigation. Wayne is also a member of the workers compensation panel of attorneys for the National Football League Players Association (NFLPA), the PHPA and other professional sports players associations. He is available by telephone or email for a personal consultation about your case without cost or obligation. Call or email now. 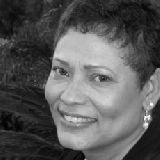 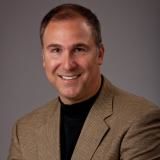 Claimed Lawyer ProfileSocial Media
Steven German
Scottsdale, AZ Insurance Claims Attorney with 27 years experience
(480) 607-9166 8245 N. 85th Way
Scottsdale, AZ 85258
Free ConsultationInsurance Claims, Medical Malpractice, Personal Injury and Products Liability
Cleveland State University
Show Preview
View Website View Lawyer Profile Email Lawyer
I have been practicing law in Arizona since 1993, having moved here from Ohio straight out of law school. I spent six years employed at a large downtown law firm in Phoenix, Arizona. Having seen countless victims of wrongful death and injury first-hand, and the suffering and their losses, it was only a matter of time until I started my own law firm fighting for the 95% that cannot afford large firm fees of $400/hr. It was and remains my goal to represent individuals who cannot afford big firm fees, with the same quality, drive, and caliber of... 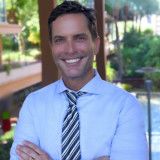 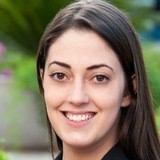 Claimed Lawyer ProfileBlawgsearchSocial Media
Douglas Zanes
Phoenix, AZ Insurance Claims Lawyer with 22 years experience
(866) 499-8989 4222 East Thomas Road
Suite #230
Phoenix, AZ 85018
Free ConsultationInsurance Claims, Arbitration & Mediation, Immigration and Personal Injury
St. Mary's University School of Law
Show Preview
View Website View Lawyer Profile Email Lawyer
Doug Zanes has built a career as a car accident injury lawyer in Phoenix Arizona because he truly believes bad accidents happen and there’s nothing anyone can do to change that. He says. “I take pride in the fact that we are willing to start that fight for our clients so that they are completely compensated, and we are willing to take that fight to the end for them.” Raised in Douglas, Arizona, Doug completed college at Arizona State University and graduated from law school from St. Mary’s University School of Law in Texas. Doug began practicing law... 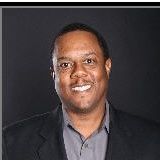 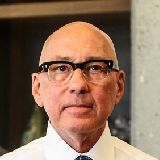 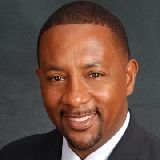 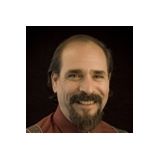 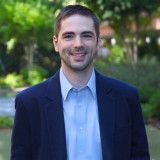 Claimed Lawyer ProfileBlawgsearchSocial Media
Derek Funk
Scottsdale, AZ Insurance Claims Attorney
(480) 998-7800 6720 N Scottsdale Rd
Suite 150
Scottsdale, AZ 85253
Insurance Claims
Arizona State University and Utah State University
Show Preview
View Website View Lawyer Profile Email Lawyer
Derek Funk primarily practices in the areas of disability insurance and insurance bad faith litigation at Comitz | Beethe. Comitz | Beethe is a nationally recognized disability insurance law firm that exclusively handles private disability claims for professionals—primarily physicians, dentists, corporate executives and attorneys. We have a proven track record of success, and are dedicated to securing and protecting the benefits our clients are entitled to under their policies. We have handled and litigated claims against all of the major carriers, and are a known quality in this specialized industry. We use our experience to recognize and preempt insurers’...

The Oyez Lawyer Directory contains lawyers who have claimed their profiles and are actively seeking clients. Find more Sun City West, Arizona Insurance Claims Lawyers in the Justia Legal Services and Lawyers Directory which includes profiles of more than one million lawyers licensed to practice in the United States, in addition to profiles of legal aid, pro bono and legal service organizations.