Free ConsultationInsurance Claims, Consumer, Personal Injury and Products Liability
Washington and Lee University School of Law
Show Preview
View Website View Lawyer Profile Email Lawyer
Mr. Dickson joined the firm in 2005. His clients include individuals who have been injured or had loved ones killed because of the negligence of others or as the result of defective products, including automobiles, boats, defectively designed or maintained roads, pharmaceuticals and medical devices, and heavy equipment. He also represents individuals and small businesses who have suffered financial loss due to the wrongful acts of others, including defective farm and logging equipment, tainted agricultural seed, site-built and manufactured home construction defects, breach of contract, fraudulent and inappropriate investment products, fraudulent misrepresentation, deceptive trade and business practices, breach of warranty,...

Claimed Lawyer Profile
Corey Daniel Bryan
Andalusia, AL Insurance Claims Lawyer with 16 years of experience
(334) 222-8220 119 E 3 Notch St
Andalusia, AL 36420
Free ConsultationInsurance Claims, Criminal Defense, DUI & DWI and Personal Injury
Show Preview
View Blog View Lawyer Profile Email Lawyer
Corey is an experienced criminal defense lawyer that has received national awards and recognition in the area of criminal defense. Corey was born and raised in Covington county and graduated from Andalusia High School. He attended the University of Alabama where he played football for four years for the Crimson Tide, while earning all SEC academic honors and playing on the 1999 SEC championship team. Corey has been specializing in Criminal Defense and Personal Injury Law for over eleven years. Corey began his practice in 2004... 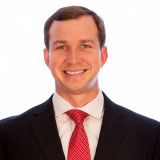 Claimed Lawyer ProfileSocial Media
Whit A. Thomas
Foley, AL Insurance Claims Attorney with 40 years of experience
(251) 943-9330 307 S McKenzie St
#101
Foley, AL 36535
Free ConsultationInsurance Claims, Nursing Home, Personal Injury and Products Liability
University of Alabama School of Law
Show Preview
View Website View Lawyer Profile Email Lawyer
I grew up in Birmingham and began practicing law there in 1980 after graduation from Law School. I moved to Baldwin County and opened my Foley law office in 2004. I obtained my Bachelor of Arts undergraduate degree Cum Laude from Tulane University in New Orleans and my Law Degree (JD) from The University of Alabama in Tuscaloosa. My wife recently retired as librarian at Foley Intermediate School in Baldwin County, and we have three grown children (two sons and a daughter) and two grandsons.

Free ConsultationInsurance Claims, Arbitration & Mediation, Consumer and Personal Injury
University of Alabama School of Law
Show Preview
View Website View Lawyer Profile Email Lawyer
Growing up in the north Alabama community of Hamilton, Christy Crow's earliest memory in life is of being in a Courtroom. Not because Christy had parents that were lawyers but because her father was injured through the gross negligence of another. "Daddy had never ridden on a motorcycle in his life until that day. He got on the motorcycle with one of his co-workers and they made it less than a mile down the road and were stopped at a traffic light. A semi-truck driver left his glasses at home that day and had pulled up behind them. He never... 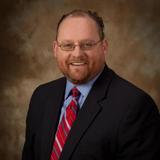 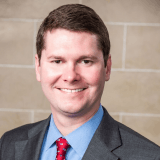 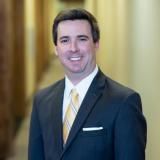 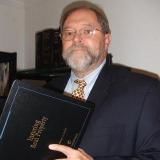 The Oyez Lawyer Directory contains lawyers who have claimed their profiles and are actively seeking clients. Find more Somerville Insurance Claims Lawyers in the Justia Legal Services and Lawyers Directory which includes profiles of more than one million lawyers licensed to practice in the United States, in addition to profiles of legal aid, pro bono and legal service organizations.