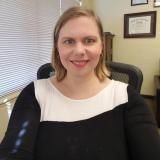 Claimed Lawyer Profile
Sonia Huntsman Ickes
Bend, OR Domestic Violence Attorney with 13 years experience
(541) 306-3214 231 SW Scalehouse Lp
Suite 202
Bend, OR 97702
Domestic Violence, Divorce, Estate Planning and Family
Show Preview
View Website View Lawyer Profile Email Lawyer
I have provided quality representation for my clients since I was admitted to practice law in 2006. I began my career by assisting a senior judge behind the bench. This gave me invaluable insight into how I wanted to practice law. I then litigated as a criminal defense attorney for the first few years of my practice. This gave me ample experience as a trial attorney. For the past several years, I have practiced in the areas of Family Law and Estate Planning, which has provided me the tools I need to help resolve conflicts, mediate, or go to trial,...

Claimed Lawyer ProfileSocial Media
Justin Rosas
Medford, OR Domestic Violence Attorney with 12 years experience
(541) 933-5972 110 W. 11th St.
Medford, OR 97501
Free ConsultationDomestic Violence, Criminal Defense and DUI & DWI
University of Kentucky College of Law
Show Preview
View Website View Lawyer Profile Email Lawyer
Attorney Justin Rosas received his Bachelor’s degree from the University of Kentucky, where he graduated with honors, and his Juris Doctorate degree from the University of Kentucky College of Law. He then earned his Master’s degree in Business Administration from Webster University, and went on to become a graduate from the National Defense College in Macon, Georgia. Mr. Rosas is a member of the Oregon State Bar, the Oregon Criminal Defense Lawyers Association, the State Professional Responsibility Board, the Federal Bar Association, the board of the Inn of Courts and serves as the regional coordinator for the Classroom Law Project’s...

Claimed Lawyer ProfileSocial Media
Garren Pedemonte
Medford, OR Domestic Violence Attorney with 10 years experience
(541) 772-3080 334 South Grape Street
Medford, OR 97501
Free ConsultationDomestic Violence, Criminal Defense, DUI & DWI and White Collar Crime
Santa Clara University School of Law
Show Preview
View Website View Lawyer Profile Email Lawyer
I am a litigator and I focus my practice on fighting for you and your family. My goal is to run a professional and effective law firm that can help you with whatever problems life has created. If you have been charged with a crime, if you are under investigation by law enforcement, or if you have been charged with a DUI or other traffic offense, then you should call and speak to me as soon as possible. I am dedicated to your interests and I will be a powerful and effective advocate for you. 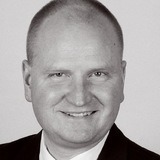 Claimed Lawyer ProfileSocial Media
Craig W. Russell
Pendleton, OR Domestic Violence Attorney with 5 years experience
(541) 777-8032 230 South Main Street
P.O. Box 296
Pendleton, OR 97801
Domestic Violence, Cannabis Law, Criminal Defense and DUI & DWI
Willamette University College of Law
Show Preview
View Website View Lawyer Profile Email Lawyer
Russell Law Group, LLC is a criminal defense firm based in Pendleton that was founded by its principal attorney and former prosecutor, Craig W. Russell. Craig, has handled thousands of criminal cases from simple misdemeanor charges to serious felonies. As a prosecutor, Craig swore an oath to uphold the Constitution - an oath he continues to uphold in private practice. Our Constitution was created to protect you, not the government. Craig is committed to holding the government accountable and providing the criminally accused with the passionate and effective representation that they not only deserve, but are constitutionally entitled to. 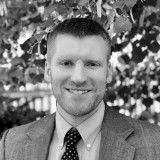 Claimed Lawyer ProfileQ&ASocial Media
Brandon C. Foy
Stanfield, OR Domestic Violence Attorney with 4 years experience
(541) 656-6852 163 W Coe Avenue
Stanfield, OR 97875
Domestic Violence, Criminal Defense and DUI & DWI
Lewis & Clark Law School
Show Preview
View Website View Lawyer Profile Email Lawyer
I focus on criminal defense and strive to ensure that my clients receive a just and fair outcome. Prior to starting my own law firm I was an associate attorney at Bendixsen Law and served as a Deputy District Attorney with the Umatilla County District Attorney's Office, and as a special prosecutor with the Multnomah County District Attorney's Office.

I have significant courtroom experience on both the defense and prosecution side and have completed many jury and bench trials. During law school at Lewis & Clark I participated in the Lewis & Clark Legal Clinic where I represented clients...

Claimed Lawyer ProfileSocial Media
James Stanley Baldock
Eugene, OR Domestic Violence Attorney with 10 years experience
(541) 345-8542 245 E. 4th Ave.
Eugene, OR 97401
Domestic Violence, Business, Divorce and Family
Show Preview
View Website View Lawyer Profile
James was born in Mississauga, Ontario. In middle school, he moved to Coppell, Texas, where he completed high school. He returned to Canada to complete his Bachelor's Degree in Business Administration at Trent University in Peterborough, Ontario in 2006. It was there that he met his wife, Brandi Baldock. They met playing hockey together on a co-ed intramural team. James went to law school at the University of Oregon, earning his Juris Doctorate in 2009. At UO, he gained a lot of practical experience from his externship with Judge Carp at the Lane County Circuit Court, and internships at the Domestic...

The Oyez Lawyer Directory contains lawyers who have claimed their profiles and are actively seeking clients. Find more Mount Hood Parkdale, Oregon Domestic Violence Lawyers in the Justia Legal Services and Lawyers Directory which includes profiles of more than one million lawyers licensed to practice in the United States, in addition to profiles of legal aid, pro bono and legal service organizations.