Claimed Lawyer ProfileSocial MediaResponsive Law
David A. Robinson
Salem (Independent City) County, VA Divorce Lawyer with 9 years of experience
(540) 404-9196 111 E. Clay Street
Salem, VA 24153
Divorce, Domestic Violence, Family and Juvenile
Washington and Lee University School of Law
Show Preview
View Website View Lawyer Profile Email Lawyer
David was born and raised in the Roanoke Valley; the son of a Registered Nurse and a Roanoke City Police Officer, he spent his childhood in Salem and attended Glenvar High School. After graduating, he went on to attend Virginia Tech where he received degrees in both Finance and Accounting. After graduation, David worked as an accountant in both the public and private sectors, but decided the law was his true calling. He went on to attend Washington & Lee University School of Law, where he graduated with honors at the top of his class in 2010. David began his...

Roanoke, VA 24016
Divorce and Personal Injury
Washington and Lee University School of Law
Show Preview
View Website View Lawyer Profile
Neal Johnson has over 30 years of trial experience in both state and federal courts. In recent years, he has devoted his professional career to the representation of victims of devastating personal injury as a result of negligence, as well as individuals needing representation in complex commercial litigation, family law proceedings or serious criminal cases.

Roanoke, VA 24011
Divorce, Business, Estate Planning and Family
Show Preview
View Lawyer Profile Email Lawyer
Often people ask "What type of law do you practice?" I respond in a fashion most don't expect. I think of myself as a personal and small business lawyer. If you, a loved one, or your business has a legal need, whatever it may be, I and my firm are here to help. Gilbert, Bird, Sharpes and Robinson has a number of wonderful attorneys who can meet most all of the legal needs of our clients. If for some reason we can't, however, we will find an attorney who can. Our goal is to...

Grundy, VA 24614
Divorce, Business, Domestic Violence and Family
Appalachian School of Law and University of Virginia
Show Preview
View Website View Lawyer Profile Email Lawyer
Welcome to the Arrington Law Office. I am Gerald D. Arrington, and I maintain a general practice of law, which includes the representation of individuals who have been injured by others, who have been charged with a crime, and who are involved in divorce and child custody proceedings. In addition, I also represent businesses that need help with incorporation, contract drafting, and contract disputes.

Danville, VA 24541
Divorce, Business, DUI & DWI and Personal Injury
University of Richmond School of Law
Show Preview
View Lawyer Profile Email Lawyer
I have been practicing law in the Dan River Region for over 20 years and my experience successfully trying cases to verdict enables me to find solutions and reach settlements for my individual and corporate clients.

Claimed Lawyer ProfileSocial Media
Travis B. Lee
Washington County, VA Divorce Lawyer
(276) 492-2098 851 French Moore, Jr. Boulevard
Suite 136
Abingdon, VA 24210
Divorce, Bankruptcy, Domestic Violence and Family
Appalachian School of Law
Show Preview
View Lawyer Profile
Travis is a native of Southwest Virginia. He graduated from Northwood High School in 2003. After high school, he attended the University of Virginia's College at Wise. He was member of the UVA-Wise Dearden Society, he was named to the Dean's List multiple semesters, and received the Joesph M. Scolnick Memorial Pre-Law Award. He graduated from UVA-Wise in 2007. Travis then studied law at the Appalachian School of Law. After being named to the Dean's List three consecutive semesters, Travis graduated from ASL, in the top of his class, in 2011. He took and... 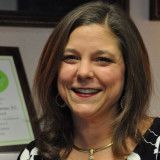 
Vienna, VA 22182
Free ConsultationDivorce, Domestic Violence and Family
University of Akron
Show Preview
View Website View Lawyer Profile Email Lawyer
Michael Miller is a partner at Cole Miller PLLC, located in Vienna, Virginia. Providing representation to clients in the northern part of the state, in particular the area adjacent to the District of Columbia, he focuses his practice entirely on family law matters, including divorce and such related issues as property division, child custody and visitation, alimony and child support. Mr. Miller also has experience with the preparation of wills and other estate planning documents.


Newport News, VA 23606
Divorce, Arbitration & Mediation, Criminal Defense and Family
Regent University School of Law
Show Preview
View Website View Lawyer Profile Email Lawyer
Let me be the first to welcome you to Holcomb Law. Our firm is devoted to public outreach and education about the legal system, and I have written several articles and e-books on a variety of topics, including divorce, child custody, mediation, reckless driving, DUI defense, criminal defense and expungement of criminal records. We will provide this information to you, free of charge. Contact us any time to schedule your initial strategy meeting with one of our experienced attorneys. You might not be happy now, probably not, but I can almost guarantee that you will be happy with your Counsel... 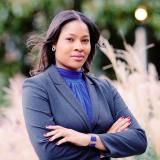 
Norfolk, VA 23510
Free ConsultationDivorce and Criminal Defense
William & Mary Marshall-Wythe School of Law
Show Preview
View Website View Lawyer Profile Email Lawyer
Before opening the Law Office of J. D. LeCruise, Jamilah LeCruise served as an Assistant Public Defender for the City of Norfolk, handling hundreds of criminal cases. She zealously defended clients charged with a variety of criminal offenses including traffic crimes, misdemeanors, felonies, and probation violations. From larceny and drug possession to burglary and firearms offense, Ms. LeCruise has experience in bench and jury trials. Over the years, she has established a strong reputation as a fierce advocate for her clients and has earned the respect of her peers and members of the judiciary. Ms. LeCruise graduated with... 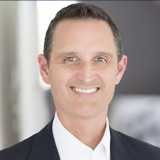 John uses his expert knowledge of the law to advocate for his clients and their families. 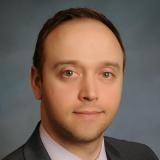 An attorney since 2005, Mr. Smith has litigated every type of family law case in the courts of Northern Virginia, including high value equitable distribution cases, custody, support, and military divorce cases. He is the attorney in the firm most experienced in navigating the Fairfax County... 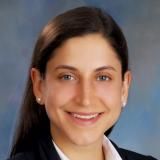 Ms. Baniowski is known as one of the more aggressive attorneys at Livesay & Myers, P.C., and has litigated every type of family law matter in Virginia, including custody, support, separation and high asset divorce cases.

Ms. Baniowski's work ethic and drive are unmatched. To...
Next
Divorce Attorneys in Nearby Cities

The Oyez Lawyer Directory contains lawyers who have claimed their profiles and are actively seeking clients. Find more Montgomery County Divorce Lawyers in the Justia Legal Services and Lawyers Directory which includes profiles of more than one million lawyers licensed to practice in the United States, in addition to profiles of legal aid, pro bono and legal service organizations.