Claimed Lawyer ProfileSocial Media
David Cole Phelps
Washington County, NC Criminal Defense Attorney with 7 years of experience
(252) 791-1111 106 East Water Street
Plymouth, NC 27962
Criminal Defense, Business, DUI & DWI and Traffic Tickets
North Carolina Central University
Show Preview
View Blog View Lawyer Profile Email Lawyer
D. Cole Phelps manages our office in the northeastern part of the state. Attorney Phelps is a native of Washington County, and he returned to his home community to serve and give back. After winning his first primary election with over 62% of the votes, he later became the youngest county commissioner at the time of his election to serve in any of North Carolina’s 100 counties. During his first term of office, he was selected by his fellow board members as vice chairman and then chairman. Currently, he is serving his second term of office as a member of... 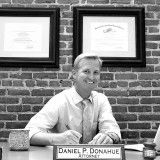 
Free ConsultationCriminal Defense, DUI & DWI, Divorce and Traffic Tickets
North Carolina Central University School of Law
Show Preview
View Website View Lawyer Profile Email Lawyer
The Houser Law Firm, P.C. is a Professional Corporation and full service, General Practice law firm located in Jacksonville, that serves Onslow Jones and surrounding counties in South Eastern North Carolina. We know that in these tough economic times, saving money where ever possible is important to most people. Our philosophy has always been to provide our clients with prompt, courteous and professional legal services at an affordable fee. While we never compromise on our legal professionalism, we do strive to manage our cost and expenses so that we can offer high quality legal services at fees...

Free ConsultationCriminal Defense, Bankruptcy, Consumer and Domestic Violence
Wake Forest University School of Law
Show Preview
View Website View Lawyer Profile Email Lawyer
EDWIN HARDY has been practicing law for over 31 years. With more than 30 years experience at bankruptcy, he has over 3000 bankruptcies successfully filed to help people. He is a former member of the N.C. General Assembly as a State Representative in the N.C. House of Representatives where he served as Chairman of the Judiciary Committee. He has served on the N.C. Courts Commission and the Governor's Crime Commission. He is a past Chairman of the Board of Trustees of Beaufort Regional Health Systems which operated Beaufort County Medical Center. He has also served as President of the Beaufort...

Claimed Lawyer ProfileQ&ASocial MediaResponsive Law
Tommy Kellis
Craven County, NC Criminal Defense Lawyer with 13 years of experience
(252) 444-4989 205 Wolfcreek Professional Park Center
Hwy. 70 W
Havelock, NC 28532
Criminal Defense, DUI & DWI, Family and Traffic Tickets
Western Michigan University Cooley Law School
Show Preview
View Website View Lawyer Profile Email Lawyer
North Carolina attorneys handle criminal, injury, immigration and family law cases
How you confront a legal challenge can affect the rest of your life. To protect your rights, you need a knowledgeable, assertive attorney who won’t back down in the effort to deliver a successful result. For over a decade, the Carolina Law Group in New Bern has provided high-quality legal representation to a diverse group of North Carolina clients. Whether you have been charged with a crime, injured in an accident or need Immigration or family law counsel, our firm will give you the strong advocacy and personal service...

Joel focuses exclusively on helping those who have been accused of criminal charges such as traffic infractions, DWI, misdemeanors, and felonies in Carteret County, NC.

In May of 2018, after five years of representing thousands of clients charged with everything from simple seat belt tickets to serious felonies, Joel opened Hancock Law Firm in Beaufort, NC, so he could devote 100% of his time at work to providing elite representation to his clients, and devote 100% of...


Free ConsultationCriminal Defense, DUI & DWI and Traffic Tickets
Elon University
Show Preview
View Website View Lawyer Profile Email Lawyer
Justin has been defending criminal defendants in Carteret County since 2013. Prior to moving to Carteret County, Justin and his wife, Erin, practiced law in Guilford and Davidson County. Justin completed his undergraduate studies at Duke University, and after working in the business world for several years, Justin attended law school at Elon University. After receiving his law license, Justin opened and gradually expanded his own practice, ultimately culminating in the formation of Enecks & Enecks after Justin and Erin married in 2013.

Joe received a B.A. from University of North Carolina Chapel Hill in 2000. He obtained his J.D. from Samford University’s Cumberland School of Law in 2006. Joe is member of the North Carolina Bar Association, North Carolina Academy of Trial Lawyers, Carteret County Bar, and District 3-B Bar. He has received multiple honors including an AV Preeminent Rating...

Free ConsultationCriminal Defense, DUI & DWI, Traffic Tickets and White Collar Crime
Campbell Law School
Show Preview
View Website View Lawyer Profile Email Lawyer
Our legal system is one of the best in the world, if not the best, but you won't likely feel that way if you ever find yourself charged with a crime or in some legal difficulty. It can be terribly frustrating, disappointing and confusing. It helps to have someone in your corner you can trust to navigate for you. The experience I have gained over the last 15 years in practice, trying cases and negotiating non-trial dispositions with state prosecutors, has equipped me to handle most any state criminal law problem you might have, from traffic...

Claimed Lawyer ProfileSocial Media
Roger Crowe Jr
Carteret County, NC Criminal Defense Lawyer with 39 years of experience
(252) 499-0661 402 Turner Street
Beaufort, NC 28516
Free ConsultationCriminal Defense, DUI & DWI, Traffic Tickets and White Collar Crime
Campbell University
Show Preview
View Website View Lawyer Profile Email Lawyer
Roger Crowe has been a Criminal Defense Attorney for 27 years. He has represented tens of thousands of clients. His reputation as a trial Attorney is exceeded only by his devotion to his Family and Community. Recently, The NATIONAL TRIAL LAWYERS ASSOCIATION, named him to the "Top 100 Criminal Trial Lawyers in North Carolina." Roger was born in Dunn, North Carolina. He attended NC State University where he double majored in Business and Economics. He attends services at First United Methodist Church in Morehead City. Roger has been married for 34 years and has 2 Children. He enjoys fishing...

Claimed Lawyer ProfileSocial Media
Lee Wilson Bettis Jr
Craven County, NC Criminal Defense Attorney with 20 years of experience
(252) 649-1710 225 A Broad Street
New Bern, NC 28560
Free ConsultationCriminal Defense, DUI & DWI and Personal Injury
Brooklyn Law School
Show Preview
View Lawyer Profile Email Lawyer
I am a former Marine, (1982-1986) who began practicing Federal Criminal law in 2001 in New York City. In 2004 I was admitted to the North Carolina Bar and have been a practicing trial attorney ever since. I say "trial attorney", because that is what I am. Whether you have a complex criminal felony, a misdemeanor, a DWI, or a domestic case; if I cannot reach a reasonable conclusion with opposing counsel, I am always prepared to empanel a jury and plead your case. 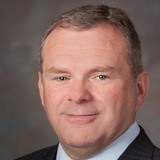 
Criminal Defense and DUI & DWI
Campbell University
Show Preview
View Website View Lawyer Profile Email Lawyer
If you have been accused of a criminal offense in Greenville or the surrounding areas, please contact Attorney Leslie S. Robinson of the Robinson Law Firm, P.A. With over 25 years of experience, Attorney Robinson is a valuable legal advocate to have on your side during these types of situations. He has tried over 2,500 bench and jury trials and has been able to successfully defend countless types of cases. Whether you have been accused of a drug crime, DWI, a traffic offense, or a probation violation, you can rely on Leslie Robinson and his team for the aggressive defense...

Criminal Defense, DUI & DWI, Family and Traffic Tickets
Wake Forest University School of Law
Show Preview
View Lawyer Profile Email Lawyer
I began my practice in North Carolina in 1988 as an Assistant District Attorney initially handling district court matters including traffic, DWI , and other misdemeanors. Eventually I moved into superior court where I handled all felonies. I remained in the D.A's office for approximately 5 years before joining my current practice in 1994.

Claimed Lawyer Profile
James Lupton
Carteret County, NC Criminal Defense Attorney with 28 years of experience
(252) 728-3158 Beaufort, NC 28516
Free ConsultationCriminal Defense
University of North Carolina School of Law
Show Preview
View Lawyer Profile Email Lawyer
I commit my practice to one area: criminal defense. From traffic offenses such as driving while impaired to serious felonies, including homicides. I've defended thousands of clients and in each and every case understood and appreciated the importance and responsibility to each client. I am committed to ensuring that the client achieves the best possible outcome. I am the only lawyer in Carteret County certified by the North Carolina State Bar as a specialist in State Criminal law. In 2010, my peers recognized my expertise in the field of Criminal Law by voting to include me in the Legal...

Free ConsultationCriminal Defense, Family and Traffic Tickets
Show Preview
View Website View Lawyer Profile Email Lawyer
Mr. Kistler is dedicated to serving the people of Carteret and Craven County in both criminal and domestic matters. In law school, Mr. Kistler graduated fifth in his class, Summa Cume Laude. Before law school, Mr. Kistler was a member of the Crystal Coast community for many years where he worked as a sports writer for the Carteret County News-Times.

The Oyez Lawyer Directory contains lawyers who have claimed their profiles and are actively seeking clients. Find more Hyde County Criminal Lawyers in the Justia Legal Services and Lawyers Directory which includes profiles of more than one million lawyers licensed to practice in the United States, in addition to profiles of legal aid, pro bono and legal service organizations.