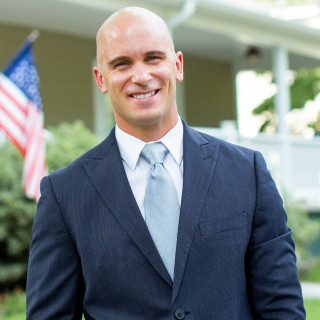 Over the years, Mr. Thomas has earned a reputation for being one of the best military defense attorneys in the country because of his successes litigating and trying some of the most highly publicized military cases. Mr. Thomas focuses on defending clients at court-martials, as well as, administrative separation hearings in the military justice system. Mr. Thomas also represents clients facing state and federal criminal charges in North Carolina. What sets Mr. Thomas apart is that he has experience from every angle in the courtroom and the ability to try any case that comes across his desk. Before starting his private practice, Mr. Thomas spent his entire career on active duty trying court-martials and conducting administrative separation hearings in the U.S. Marine Corps. As a Defense Counsel, Mr. Thomas successfully defended Marines in contested criminal trials who were acquitted of serious charges, including rape, sexual assault, aggravated assault, felony-level drug distribution and other military specific offenses. Mr. Thomas’ successes did not go unnoticed. In 2021, Mr. Thomas was nominated as “Defense Counsel of the Year” for the Eastern Region and eventually was named the “Defense Counsel of the Year,” for the entire United States Marine Corps. Before becoming a commissioned Marine Corps officer, Mr. Thomas served as an Attorney-Advisor for the Honorable John E. Sparks at the United States Court of Appeals for the Armed Forces (CAAF). The CAAF exercises worldwide appellate jurisdiction over members of the armed forces and other persons subject to the Uniform Code of Military Justice. At CAAF, Mr. Thomas zeroed in on the mistakes that military attorneys made that cost their clients the ability to successfully appeal.Mr. Thomas has spent a significant amount of time in state courts as well. Mr. Thomas served as a Law Clerk for the Honorable Angela Eaves in the Circuit Court for Harford County. Mr. Thomas acted as the jury bailiff for every trial Judge Eaves.