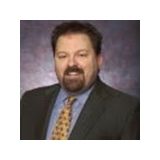 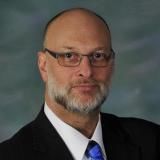 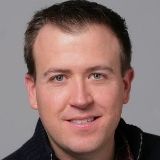 Anchorage, AK 99501
Criminal Defense, Civil Rights, DUI & DWI and Landlord Tenant
Vermont Law School
Show Preview
View Website View Lawyer Profile Email Lawyer
Since graduating from Vermont Law School in 2012, I have tried many cases before juries and have won a great majority of those trials. Even more often, I convinced the trial court to dismiss cases without the need for a trial. Whether charged with a crime, injured in an accident, looking to start a business, or buying a home, you need a lawyer you can count on. With me as your attorney, you can be certain you have an effective courtroom lawyer on your side, ready to fight for you. 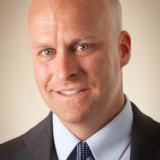 Claimed Lawyer Profile
John Cashion
Anchorage, AK Criminal Defense Attorney with 22 years experience
(907) 222-7932 1007 West 3rd Ave, Suite 301
Anchorage, AK 99559
Criminal Defense, Personal Injury and White Collar Crime
Northeastern University School of Law
Show Preview
View Website View Lawyer Profile Email Lawyer
My practice as a licensed attorney began in federal court, clerking for the Honorable James K. Singleton. During that time I developed a passion for criminal defense, and subsequently had the honor of working for the Alaska Public Defender Agency in both rural and urban settings. Ultimately, I became the supervisor of the trial unit in the Anchorage office of the Alaska Public Defender Agency, overseeing all felony and misdemeanor trial attorneys. I developed a broad base of trail experience during my time with the Agency, and am grateful for the tremendous opportunity it afforded. Now...

Claimed Lawyer ProfileSocial Media
Matthew Michalski
Anchorage, AK Criminal Defense Lawyer with 10 years experience
135 Christensen Drive
Suite 2A
Anchorage, AK 99501
Free ConsultationCriminal Defense, DUI & DWI, Divorce and Family
Seattle University School of Law
Show Preview
View Website View Lawyer Profile Email Lawyer
The culture I employ in my practice is distinctive. Instead of hierarchy, I work in an environment where cooperation with my clients is key. Because I operate without layers of bureaucracy, I maintain a direct communication and close working relationship with my clients. My flexibility enables me to assemble solutions to address your legal needs efficiently and effectively. My connection with other attorneys in the Anchorage legal community offers the strength and depth of a large firm, without sacrificing the responsiveness and personal service you receive from a solo practitioner. On a daily basis, I achieve excellence in... 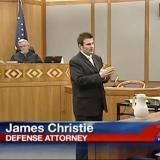 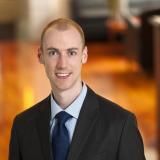 Claimed Lawyer Profile
John Hollis
Anchorage, AK Criminal Defense Attorney with 3 years experience
(907) 222-7932 1007 West 3rd Ave, Suite 301
Anchorage, AK 99501
Criminal Defense, Civil Rights, Medical Malpractice and Personal Injury
University of California - Davis
Show Preview
View Website View Lawyer Profile Email Lawyer
John Hollis is a 2015 graduate of the University of California, Davis, School of Law. While at Davis, John was named to the Order of the Coif and the Phi Kappa Phi honor society. He was a member of the Trial Practice Honors Board, the Managing Articles Editor for the Journal of Juvenile Law and Policy, and a participant in the Aoki Federal Defender Clinic, through which he helped draft an appellate brief to the Ninth Circuit Court of Appeals. Before joining Cashion Gilmore, John clerked for Chief Justice Craig F. Stowers at the Alaska Supreme Court. John's... 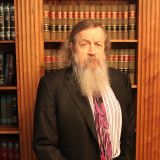 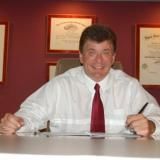 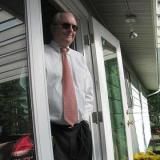 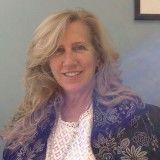 Kenai, AK 99611
Free ConsultationCriminal Defense, Cannabis Law and DUI & DWI
Thomas M. Cooley, School of Law and Saint Louis University
Show Preview
View Blog View Lawyer Profile Email Lawyer
I was born into a wonderful family in Cleveland, Ohio. My father was Dr. J.W. Skrha,MD and mom was Betts Skrha,RN. I had a sister Betsy, and brothers John and Paul. In 1977 we all went on a 8 week trip by motorhome to Alaska. In 1982 I was married to Denise and we had two beautiful daughters, Katie and Rebecca. I received a Juris Doctorate Degree from Cooley Law School in 1984. Shortly thereafter Denise and I moved to Kenai, Alaska where we bought a home on the Kenai River and I opened my...


Kenai, AK 99611
Free ConsultationCriminal Defense, DUI & DWI and Personal Injury
The George Washington University Law School
Show Preview
View Website View Lawyer Profile Email Lawyer
Josh Cooley, Attorney at Law, graduated from the The George Washington University Law Center in Washington, D.C. While in Law School, Mr. Cooley fell in love with criminal defense and Alaska while interning at the Alaska Public Defender Office here in Kenai. Immediately after graduating, however, Mr. Cooley set out to shape his criminal defense and litigation practice in one of the biggest and busiest markets in the country: Miami. In his first year, he received the Statewide Public Defender College Best Advocate Award. In less than five years, Mr. Cooley moved from the Juvenile and Misdemeanor...

The Oyez Lawyer Directory contains lawyers who have claimed their profiles and are actively seeking clients. Find more Talkeetna Criminal Lawyers in the Justia Legal Services and Lawyers Directory which includes profiles of more than one million lawyers licensed to practice in the United States, in addition to profiles of legal aid, pro bono and legal service organizations.