Claimed Lawyer ProfileQ&ABlawgsearchSocial MediaResponsive Law
Robert C. Gigstad
Overland Park, KS Cannabis & Marijuana Law Attorney with 9 years experience
(913) 735-9529 8000 Foster St.
Overland Park, KS 66204
Free ConsultationCannabis Law, Criminal Defense, DUI & DWI and Domestic Violence
Washburn University School of Law
Show Preview
View Website View Lawyer Profile Email Lawyer
Overland Park Criminal Defense Attorney Dedicated to Protecting Your Rights Law enforcement and prosecutors in the Overland Park area are committed to reducing crime and in identifying and convicting those who are engaged in criminal activities. If you have been caught in the criminal justice system, you have real reasons to be nervous. Even an innocent individual can be convicted of a crime if they are not represented by a skilled criminal lawyer that knows how to fight back. If you have been charged with a crime it is absolutely critical that you contact a skilled Overland Park criminal defense attorney from...

Claimed Lawyer ProfileQ&ASocial Media
Brian Leininger
Overland Park, KS Cannabis & Marijuana Law Attorney with 30 years experience
(913) 648-7070 6900 College Blvd.
Suite 525
Overland Park, KS 66211
Free ConsultationCannabis Law, Criminal Defense, DUI & DWI and Traffic Tickets
Washburn University School of Law
Show Preview
View Website View Lawyer Profile Email Lawyer
Brian Leininger has been practicing DUI defense in Johnson County, Kansas and throughout Kansas since 2001. Prior to that he was the General Counsel for the Kansas Highway Patrol, Special Assistant Attorney General, and Assistant District Attorney in Wyandotte County. Brian is a certified practitioner of and instructor for the Standardized Field Sobriety Tests. He is the only lawyer in Kansas to have completed the training to be a Drug Recognition Expert. In addition to typical DUI cases Brian handles drug DUIs and DUI-related batteries and homicides.

Claimed Lawyer ProfileSocial Media
John Stang
Wichita, KS Cannabis & Marijuana Law Attorney with 31 years experience
(316) 665-7227 310 W Central Ave
Suite 111
Wichita, KS 67202
Free ConsultationCannabis Law, Criminal Defense and DUI & DWI
Washburn University School of Law
Show Preview
View Website View Lawyer Profile Email Lawyer
For over 30 years, Attorney John Stang has been the Wichita criminal defense lawyer his clients can trust for relentless representation when their rights are on the line. As one of the founding partners at Hulnick, Stang, Gering & Leavitt, Mr. Stang has earned a reputation as a legal advocate who understands the law and how to make the best use of each client’s available legal options. If you were charged with a criminal offense, get help from a 10.0 Superb Avvo Rated attorney by calling Hulnick, Stang, Gering & Leavitt today and scheduling your free consultation. They can help... 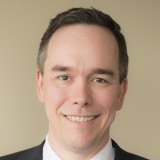 Claimed Lawyer ProfileSocial Media
Christopher Dove
Leawood, KS Cannabis & Marijuana Law Lawyer with 17 years experience
(913) 400-2033 8700 State Line Rd
Suite 305
Leawood, KS 66206
Cannabis Law and Business
University of Kansas School of Law
Show Preview
View Website View Lawyer Profile Email Lawyer
Chris finished near the top of his law school class at the University of Kansas and was selected to be Editor in Chief of the Kansas Law Review. After law school, he served as a law clerk for a federal judge in the United States District Court in Kansas City, Kansas. Chris then moved to Washington, DC, with his wife (who is also an attorney). He practiced law for almost a decade in DC at the United States Department of Justice and in an international law firm. At the DOJ, he pursued cases involving fraudulent tax shelters and accounting fraud....

Claimed Lawyer ProfileSocial Media
Jonathan W. McConnell
Wichita, KS Cannabis & Marijuana Law Lawyer with 10 years experience
(316) 243-5903 328 East 1st Street North
Wichita, KS 67202
Free ConsultationCannabis Law, Criminal Defense, DUI & DWI and White Collar Crime
St. Thomas University School of Law
Show Preview
View Website View Lawyer Profile Email Lawyer
Jon McConnell was inspired to pursue law because of an inherent need to help others. His father is a pastor, and Jon knew at an early age that he would either follow in his father’s footsteps or become a defense attorney. However, Jon feels the most reward when he protects someone who is at the lowest point of their lives. They don’t have a friend in the world and have nowhere else to turn. Helping others brings out the best in Jon. In order to do the most good, Jon fulfilled his calling by becoming an attorney. Jon doesn’t pass...

It’s the feeling I get when I see somebody’s car pulled over and they watch helplessly as their property is searched. I wonder: was there a legitimate reason for the stop? Did they consent to the search?

When I hear on the news that a suspect is taken into custody, my first thoughts are: How did they get to be a suspect in the first place? Will they be intimidated into surrendering their rights? Do they really understand the Miranda warning? What coercive interrogation tactics...

In 2018, Peter recognized that Missouri voters were likely to support Amendment 2 and thereby legalize medical marijuana statewide. To meet the needs of Missouri's cannabis business owners, Peter joined the Hoban Law Group in an "Of Counsel" capacity in October 2018. This move positioned...

Topeka, KS 66612
Cannabis Law, Business, Criminal Defense and DUI & DWI
University of Kansas School of Law
Show Preview
View Website View Lawyer Profile Email Lawyer
Mr. Meek’s practice is focused on the defense of individuals accused of crimes, with an emphasis on DUI and traffic crimes. Casey is a well known member of the Kansas Bar Association, the Douglas County Bar Association, and the National Organization for the Reform of Marijuana Laws.

Kennyhertz Perry attorney Jon Dedon previously worked in the complex litigation division of an AmLaw 100 law firm. Currently, he advises clients on medical marijuana regulatory and corporate structural matters. His contacts with executives in marijuana businesses in Washington, California, Michigan, New York, and California, as well as internationally in Germany, Canada, Colombia, and Australia prove valuable when advising clients regarding medical marijuana in Missouri. In addition, Jon’s relationship with the DHSS allows clients to seek clarification on elements of the application process that may be unclear.
Cannabis & Marijuana Attorneys in Nearby CitiesCannabis & Marijuana Attorneys in Nearby Counties

The Oyez Lawyer Directory contains lawyers who have claimed their profiles and are actively seeking clients. Find more Olpe, Kansas Cannabis & Marijuana Lawyers in the Justia Legal Services and Lawyers Directory which includes profiles of more than one million lawyers licensed to practice in the United States, in addition to profiles of legal aid, pro bono and legal service organizations.