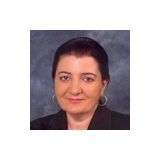 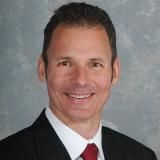 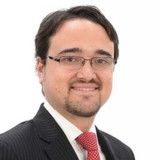 Claimed Lawyer ProfileSocial Media
Renzo Bosoni
Hollywood, FL Bankruptcy Lawyer with 8 years experience
(954) 613-1865 1930 Harrison St.
Suite 209
Hollywood, FL 33020
Free ConsultationBankruptcy, Estate Planning, Foreclosure Defense and Probate
American University Washington College of Law
Show Preview
View Website View Lawyer Profile Email Lawyer
Renzo Bosoni is the founding member of First Legal, a well established law firm focusing in the areas of probate administration, estate planning, trusts and will, guardianship and elder law. With a combined experience of over 30 years, the attorneys at First Legal have the necessary expertise and knowledge to handle the preparation of simple wills so you can pass on your assets to your loved ones to even the most difficult sets of issues, whether it be contested probate administrations, or complex estate planning needs.

Every client we meet has different needs and wishes about how they want their... 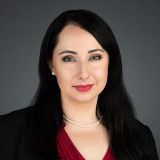 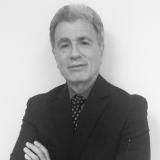 Claimed Lawyer ProfileSocial Media
Mark Seff
Hollywood, FL Bankruptcy Attorney
(954) 920-9220 2500 Hollywood Blvd Suite 201
Hollywood, FL 33020
Free ConsultationFamily and Social Security Disability
University of Baltimore School of Law
Show Preview
View Website View Lawyer Profile Email Lawyer
Mark A. Seff was born in Baltimore, Maryland. He and Anna-Maria Capizzi formed Seff Capizzi Law Group in order to provide the community with accurate, reliable and proven results in the Family, Social Security Disability & General Practice Areas. Mark has over 35 years of experience as a star attorney, has made appearances in ABC News articles and has been a Panel Participant in the cable television production of “We the People”.

Claimed Lawyer ProfileSocial Media
Jeffrey David Solomon
Hollywood, FL Bankruptcy Lawyer with 39 years experience
(954) 967-9800 3864 Sheridan St
Hollywood, FL 33021
Free ConsultationBankruptcy, Business, Collections and Consumer
University of Virginia
Show Preview
View Website View Lawyer Profile Email Lawyer
Jeffrey Solomon has practiced in South Florida since 1980. He has had his own practice since 1988. After graduating high school in South Florida, he attended Emory for college (Phi Beta Kappa) and graduated in the top 10 percent of his class at the University of Virginia Law School. He has lectured at numerous seminars on bankruptcy. He has served on the Board of Directors of the Broward County Bar Association and has received awards from the Broward Bar. He takes pride in providing individual service to his clients. 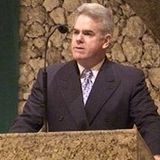 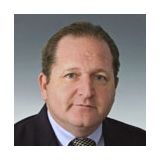 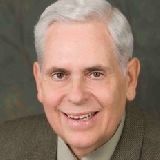 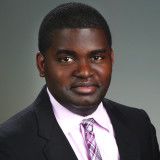 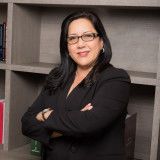 During her career, Ms. Soto was employed for three years with the Department of Children and Families and understands the emotional hardship that families undergo during times of extraordinary stress. She has experience dealing with people going through extreme conflicts....


Coral Springs, FL 33065
Free ConsultationBankruptcy
University of Miami
Show Preview
View Website View Lawyer Profile Email Lawyer
I would like to share with you what drove me to become a lawyer and what led me to focus in bankruptcy law.

During my childhood, I watched my parents suffer through financial issues with no direction or guidance. Our family struggled through economic downturns and corporate downsizing.

In the summer of 1992, my parents were finally able to purchase their first home. Three months after we moved into the house, Hurricane Andrew made landfall and we lost everything. Our home was destroyed and all of our personal belongings were ruined or damaged for the exception of a couch and two mattresses. 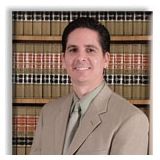 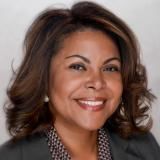 
Fort Lauderdale, FL 33301
Free ConsultationBankruptcy, Divorce, Family and Foreclosure Defense
University of Florida Levin College of Law
Show Preview
View Website View Lawyer Profile Email Lawyer
I graduated from the University of Florida in Gainesville, Florida in 1997. I was admitted to the Florida Bar in 1998 and immediately began working as an assistant state attorney for the Palm Beach State Attorney’s Office where I prosecuted hundreds of criminal defendants. Towards the end of 1998, I then entered civil practice when I joined the Legal Aid Office in Dade County, Florida where I assisted clients in family law matters ranging from divorce, to distribution of properties and debts. Thereafter, in 1999, I went into private practice, and based upon my experience and qualifications was also appointed... 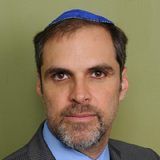 Fort Lauderdale, FL 33316
Bankruptcy and Foreclosure Defense
Shepard Broad Law Center, Nova Southeastern University
Show Preview
View Website View Lawyer Profile Email Lawyer
As a partner at Loan Lawyers, Fort Lauderdale lawyer Matthew Bavaro offers legal counsel to those who are in debt. He has been practicing as a lawyer in the state of Florida for 15 years. Before co-founding Loan Lawyers, LLC, he previously served as a personal injury lawyer. Attorney Bavaro is the recipient of an Avvo Rating on 9.0 Superb. He is a graduate of the Shepard Broad Law Center at Nova Southeastern University. To learn more, contact his firm today. 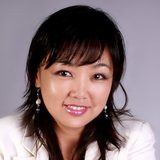 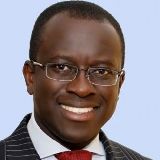 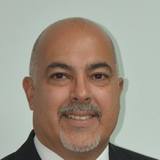 Claimed Lawyer ProfileSocial Media
Alberto Homar Hernandez
Pembroke Pines, FL Bankruptcy Lawyer with 29 years experience
(954) 825-7779 15800 Pines Blvd
Pembroke Pines, FL 33027
Free ConsultationBankruptcy and Foreclosure Defense
University of Florida Levin College of Law
Show Preview
View Website View Lawyer Profile Email Lawyer
Alberto H. Hernandez is a graduate of Cornell University in New York and University of Florida Levin College of Law, where he attained his Juris Doctorate Degree in 1990. He was admitted to the Florida Bar Association in 1991, and also has membership in the federal courts' Southern District Court, the Northern District Court and the Middle District Court of Florida. He is also a member of the National Association of Consumer Bankruptcy Attorneys (NACBA), member and Director of the Miami Lakes Bar Association, and one of the founding members of the Miami Lakes Chapter of BNI Excellence. 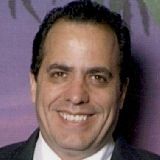 Claimed Lawyer Profile
Andres Montejo
Fort Lauderdale, FL Bankruptcy Lawyer with 17 years experience
(954) 601-1366 800 East Broward Boulevard, Suite 710,
Fort Lauderdale, FL 33301-2085
Free ConsultationBankruptcy, Consumer, Family and Real Estate
Nova Southeastern University
Show Preview
View Website View Lawyer Profile Email Lawyer
Andres Montejo was born in Bogota, Colombia South America in 1959. Attended private boarding schools in Massachusetts. Earned a Technological degree in Computer Administration. In 1990 earned a Bachelors of Science in Business Administration, in 1992 earned a Masters in Business Administration, and in 2003 earned a Juris Doctor degree, all from Nova Southeastern University located in Fort Lauderdale, Florida. Was admitted in 2003 to the Florida Bar. Andres is not only a member of the Florida Bar but also of the Washington D.C. Bar. He has also been admitted to the Federal Courts of Florida and Washington DC as well... 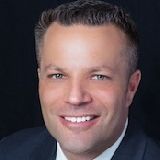 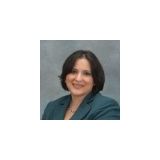 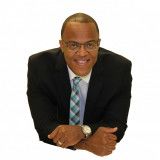 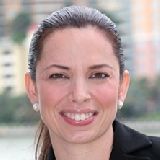 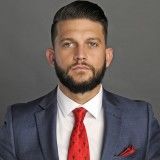 Claimed Lawyer Profile
Andrew Murray Bellinson
Miami, FL Bankruptcy Attorney with 27 years experience
12555 Biscayne Blvd.
#762
Miami, FL 33181
Bankruptcy
Show Preview
View Website View Lawyer Profile Email Lawyer
Bellinson received his Doctor of Juris Prudence Degree from Tulane University School of Law where he served as president of his class and an editor of one of the school’s law journals. A student of international law, he also attended the Shanghai Institute of Law with a concentration on Chinese Trade Law.

Bellinson received his Bachelor of Arts Degree in International Relations and Psychology from the University of Arizona. His interest focused on the Eastern Block which brought him to study at the University of Salzburg in Austria.

He is a member of the Florida Bar, the Federal Bar of the United... 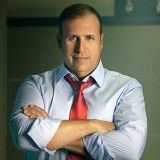 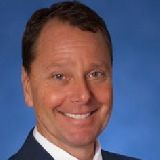 Miami, FL 33145
Free ConsultationBankruptcy and Foreclosure Defense
Stetson University College of Law
Show Preview
View Website View Lawyer Profile Email Lawyer
Timothy Kingcade is Managing Shareholder of Kingcade & Garcia, P.A., which he founded in 1996. Mr. Kingcade practices exclusively in the field of bankruptcy law, handling Chapter 7 filings and foreclosure defense cases for the Southern District of Florida. To compliment his extensive experience in bankruptcy law, Timothy is also a certified public accountant (CPA), which provides him with a unique understanding of how to handle tax-motivated bankruptcy cases against the IRS. Bankruptcy attorney Timothy Kingcade knows how to help clients take full advantage of their rights under bankruptcy protection to restart, rebuild and recover.
Next
Bankruptcy Attorneys in Nearby CitiesBankruptcy Attorneys in Nearby Counties

The Oyez Lawyer Directory contains lawyers who have claimed their profiles and are actively seeking clients. Find more West Park Bankruptcy Lawyers in the Justia Legal Services and Lawyers Directory which includes profiles of more than one million lawyers licensed to practice in the United States, in addition to profiles of legal aid, pro bono and legal service organizations.