Claimed Lawyer ProfileSocial Media
Donald E Knapp, Jr.
Birmingham, AL Bankruptcy Lawyer with 16 years experience
(205) 409-4404 2100 Southbridge Parkway
Birmingham, AL 35209
Free ConsultationBankruptcy, Business, Personal Injury and Probate
William H. Bowen School of Law
Show Preview
View Website View Lawyer Profile Email Lawyer
As the managing partner and founder of Knapp Law Firm and Knapp and Associates, I manage a team of skilled lawyers, legal professionals and support staff representing clients in multiple states across the Southeastern United States. Being licensed in seven states, a host of federal jurisdictions, a member of the United States Supreme Court Bar and operating four offices allows us to provide the best legal representation possible for our clients through the use of cutting edge technology, required continuing education for our professionals and having only the best people on our team. Whether our clients...

Mr. Starkey has practiced law since 2004. During that time his legal practice has also included bankruptcy, Social Security Disability, evictions and tax law issues. This diverse background is very beneficial to his Family Law...

Birmingham, AL 35203
Free ConsultationBankruptcy and Social Security Disability
Birmingham School of Law
Show Preview
View Website View Lawyer Profile Email Lawyer
Alex Johnson was born in Ozark, Alabama. He graduated magna cum laude from Troy University with a Bachelor’s degree in Criminal Justice and a minor in Anthropology. Alex received his Juris Doctor degree from Birmingham School of Law and became a member of the Alabama state Bar in 2012. He is currently licensed to practice law in all Alabama state courts and all Federal Courts in Alabama. Alex joined Brock and Stout in March of 2013, and his primary area of practice has been Social Security Disability since that time. He is a member of the National Scholars Honor Society...

Birmingham, AL 35203
Free ConsultationBankruptcy and Foreclosure Defense
Birmingham School of Law
Show Preview
View Website View Lawyer Profile Email Lawyer
Soon after receiving her J.D. from the Birmingham School of Law, Paula Greenway opened up her own law firm where she now helps individuals who are struggling with substantial amounts of debt. As a bankruptcy lawyer, she strives to effectively assist her clients so that they can make the best financial decision for their situation. Due to her many years of experience, Paula is licensed to practice in the federal courts for the Northern and Southern districts of Alabama as well as the Alabama Supreme Court. She is currently a member of the National Association of Consumer Bankruptcy Attorneys and...

Claimed Lawyer ProfileSocial Media
Christopher Stanfield
Birmingham, AL Bankruptcy Lawyer with 8 years experience
(205) 502-2200 420 20th St N #2200
Birmingham, AL 35203
Free ConsultationBankruptcy
Samford University
Show Preview
View Website View Lawyer Profile Email Lawyer
Christopher Stanfield was born in Montgomery, Alabama in 1984. He graduated from Troy University with a Bachelor of Science degree in Biology in 2006. He received his Juris Doctor degree from Cumberland School of Law at Samford University in 2011. He became a member of the Alabama State Bar in 2011. He is currently licensed to practice in all Alabama State Courts and the United State District Court for the Middle District of Alabama. He joined Brock & Stout in September of 2012, and his primary area of practice is Consumer Bankruptcy.

Upon graduation, John began work in Mobile, Alabama with a large Mobile firm handling general litigation and oil, gas & mineral issues. In 2007, John began work with a Birmingham firm specializing in business and other litigation. John’s practice eventually grew to include not only business litigation, but also general business advice and counsel and business transactions. John’s current practice includes business and commercial...

Birmingham, AL 35209
Bankruptcy, Business, Collections and Estate Planning
Cumberland School of Law, Samford University and Cumberland School of Law, Samford University
Show Preview
View Website View Lawyer Profile Email Lawyer
The Attorneys at Cloud Willis & Ellis provide large firm legal service with the small firm feel. For more than a decade, Cloud Willis & Ellis has supported the business and real estate community both in Alabama and abroad. The success of our clients as well as our firm is largely attributed to our commitment to our core principles. At Cloud Willis & Ellis, we analyze our clients’ legal issues using an add-value approach with an eye fixed on results. We are deeply committed to customer service and dedicated to serving the business, commerce and real estate communities. From structuring...

She has a wealth of knowledge about disability from extensive field experience at the Disability Determination Services, and at the Office of Hearings Operations as a Hearing Office Director, Supervisory Attorney, and Senior Attorney, and at Social Security National Headquarters as Deputy Director, Branch Chief.

Ms. Schaefer know how the system works and will help you get the benefits you need.

Birmingham, AL 35203
Free ConsultationBankruptcy, Personal Injury and Social Security Disability
University of Arkansas - Fayetteville
Show Preview
View Website View Lawyer Profile Email Lawyer
Michael Brock was born in Pensacola, Florida in 1965. He graduated from Louisiana State University with a Bachelor’s degree in Criminal Justice in 1987, and received his Doctor of Jurisprudence degree from the University of Arkansas in 1991. Mike has served this country in the United States Army as a Judge Advocate General (JAG) and was appointed as a Special Assistant United States Attorney for the Middle District of Alabama. He was admitted to practice law in the state of Arkansas in 1991 and has been admitted to practice law in the state of Alabama since 1994. Mike limits his...

Birmingham, AL 35203
Free ConsultationBankruptcy, Nursing Home, Personal Injury and Social Security Disability
University of Tulsa College of Law
Show Preview
View Website View Lawyer Profile Email Lawyer
Gary Stout was born in 1958 in Greensboro, NC. He attended college as well as Law School at the University of Tulsa, earning a Juris Doctor Degree in 1989. After passing the Oklahoma Bar Exam, he entered military service as a Judge Advocate in 1989. His assignments included the 82nd Airborne Division and the XVIII Airborne Corps. He is a veteran of Desert Storm, where he was awarded the Bronze Star Medal. Since the formation of Brock & Stout, he has primarily limited his practice to personal injury, wrongful death, bankruptcy and social security litigation. He is a member of...

Claimed Lawyer ProfileSocial Media
Sara J. Doty
Huntsville, AL Bankruptcy Lawyer with 12 years experience
(256) 519-9970 4725 Whitesburg Drive South
Suite 202
Huntsville, AL 35802
Free ConsultationBankruptcy
Birmingham School of Law
Show Preview
View Website View Lawyer Profile Email Lawyer
Sara is passionate about helping families plan for the future and protect what is most important to them. This includes implementing estate plans, as well as assisting clients to address more complex planning situations such as planning for loved ones with special needs, estate tax planning, income tax planning, asset protection, adoptions and step-parent adoptions. Always willing and able to explain complicated legal concepts clearly and concisely, Sara is skilled at working with her clients to ensure their plan will work now and in the future. Sara is a member of the Alabama State Bar as well as the United... 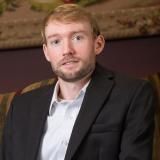 Claimed Lawyer ProfileSocial Media
Jeffrey Clarke Walker
Birmingham, AL Bankruptcy Attorney with 12 years experience
(800) 884-9600 420 20th St N #2200
Birmingham, AL 35203
Free ConsultationBankruptcy
Jones School of Law
Show Preview
View Website View Lawyer Profile Email Lawyer
Clarke Walker was born in Dothan, Alabama in 1982. He is a 2004 graduate of Auburn University with a Bachelor of Science Degree in Accounting. He received his Juris Doctor degree from Jones School of Law and became a member of the Alabama State Bar in 2007. He is admitted to practice in all Alabama state courts and the United States District Courts for the Middle and Southern Districts of Alabama and Northern District of Florida. He is also a member of the National Association of Consumer Bankruptcy Attorneys (NACBA). Since joining Brock & Stout in 2007, his primary area...
Next
Bankruptcy Attorneys in Nearby CitiesBankruptcy Attorneys in Nearby Counties

The Oyez Lawyer Directory contains lawyers who have claimed their profiles and are actively seeking clients. Find more Irondale Bankruptcy Lawyers in the Justia Legal Services and Lawyers Directory which includes profiles of more than one million lawyers licensed to practice in the United States, in addition to profiles of legal aid, pro bono and legal service organizations.