Antitrust and Appeals
Harvard Law School
Show Preview
View Website View Lawyer Profile Email Lawyer
I help clients by protecting the positive results they achieve in court or – when a trial has gone against the client – vindicating the client’s rights and getting them a second chance. High stakes litigation is like chess played in three dimensions. While the trial team works to win the case at trial, I focus on what will happen afterwards. Beginning even before the jury is chosen, I work to ensure that the clients’ themes and points are presented in the best way to persuade an appellate court, and that the client’s objections to any adverse decisions have... 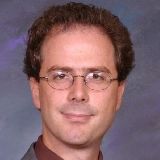 Antitrust, Business, Consumer and IP
University of the Pacific, McGeorge School of Law and University of the Pacific, McGeorge School of Law
Show Preview
View Lawyer Profile Email Lawyer
Moore & Moore provides General Counsel services to private and public companies, including both domestic and multinational enterprises. The firm handles a vast array of business needs ranging from simple formation, to complex financings, to M&A events. The firm handles clients’ labor and employment issues, as well as both personal and business immigration needs. We provide an aggressive and modern service comparable to that of larger law firm, but with the speed, efficiency, and flexibility that only a personal practice can offer.
Next
Antitrust Attorneys in Nearby CitiesAntitrust Attorneys in Nearby Counties

The Oyez Lawyer Directory contains lawyers who have claimed their profiles and are actively seeking clients. Find more Duarte Antitrust Lawyers in the Justia Legal Services and Lawyers Directory which includes profiles of more than one million lawyers licensed to practice in the United States, in addition to profiles of legal aid, pro bono and legal service organizations.