Antitrust, Appeals, Business and Real Estate
Harvard Law School
Show Preview
View Website View Lawyer Profile Email Lawyer
Jarod Bona's practice is focused on antitrust, business litigation, appellate, real estate, and challenges to government conduct. He practiced at DLA Piper and Gibson, Dunn & Crutcher for a dozen years before starting his own firm. He also clerked for Judge James B. Loken of the Federal Court of Appeals for the Eight Circuit. Mr. Bona won a bench trial, as first chair, for a client involving fraud claims and up to US$2.5 million at stake. In 2012, Mr. Bona played a major role in achieving summary judgment and a Federal Trade Commission dismissal with no action for his... 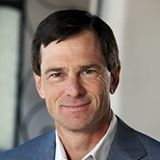 Free ConsultationAntitrust, Consumer, Medical Malpractice and Personal Injury
Stanford University
Show Preview
View Website View Lawyer Profile Email Lawyer
Brooks is a partner who represents plaintiffs in a broad range of personal injury, medical negligence, insurance bad faith, and pharmaceutical and medical device litigation, as well as consumer class actions. He has achieved many significant settlements and verdicts on behalf of injured plaintiffs. An AV-rated attorney by Martindale-Hubbell, Brooks has been selected as a Northern California Super Lawyer for 11 years in a row. A few notable case results include: - $7.6 Million jury verdict on behalf of a client who suffered a spinal cord injury when her doctors failed to diagnose a tumor on her spine....
Next
Antitrust Attorneys in Nearby CitiesAntitrust Attorneys in Nearby Counties

The Oyez Lawyer Directory contains lawyers who have claimed their profiles and are actively seeking clients. Find more Crest Park Antitrust Lawyers in the Justia Legal Services and Lawyers Directory which includes profiles of more than one million lawyers licensed to practice in the United States, in addition to profiles of legal aid, pro bono and legal service organizations.