Claimed Lawyer ProfileSocial Media
Del Hardy
Reno, NV Animal & Dog Law Lawyer with 32 years of experience
96-98 Winter Street
Reno, NV 89502
Animal, Elder, Personal Injury and White Collar Crime
University of the Pacific, McGeorge School of Law
Show Preview
View Website View Lawyer Profile Email Lawyer
I have been a life long native of Northern Nevada growing up in Carson City. I was the middle child of a family of 9 kids. My school years were filled with play and then work. I learned early that you can get a lot farther with a kind word and joke than with trying to force or trick your way into something. I watched my father try and support his large family and at age 10 watched as he lost most of his money in a financial venture. His own brother and others sued him for the loans he...

Claimed Lawyer ProfileSocial Media
Robert Kilby
Reno, NV Animal & Dog Law Lawyer with 20 years of experience
(775) 825-7777 1895 Plumas Street, Suite 4
Reno, NV 89509
Free ConsultationAnimal, Education, Personal Injury and Workers' Comp
Show Preview
View Website View Lawyer Profile Email Lawyer
Robert Kilby was born in Wilmington, Delaware and has been a resident of Nevada since 2000. He obtained his legal education at Thomas Jefferson School of Law in San Diego, California, receiving his Juris Doctor degree and graduating cum laude in May 2000. He received numerous honors while attending law school, including the American Jurisprudence Bancroft Whitney Award for his excellence in Contracts, as well as being a Senior Editor for the Thomas Jefferson School of Law, Law Review. Robert Kilby is admitted to practice law in the State of Nevada, and all of its courts, both state and...

Free ConsultationAnimal, Elder, Nursing Home and Personal Injury
Creighton University School of Law
Show Preview
View Website View Lawyer Profile Email Lawyer
Lewis’ legal career, began in 1991 and focuses on serious personal injury and wrongful death. He has extensive experience in both state and federal courts representing the rights of those people who have been injured due to the wrongful acts of other people and corporations. Many of Lewis’ cases require extensive knowledge of the spine and spinal surgeries, brain injuries and orthopedic processes within the human body. Lewis has tried numerous cases and is very successful in the courtroom! 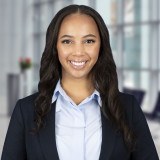 
Free ConsultationWestern State University College of Law
Show Preview
View Website View Lawyer Profile Email Lawyer
Kianna Woods received her B.A. from Soka University of America located in Southern California. She then went on to receive her J.D. from the Western State University of Law. With her years of experience, Ms. Woods has extensive knowledge in solving the most severe cases. Known both as a gifted lawyer and a consummate team player, Ms. Woods is a highly regarded advocate and tenacious litigator for our injured clients.

Claimed Lawyer ProfileSocial Media
Edward Achrem
Las Vegas, NV Animal & Dog Law Lawyer with 41 years of experience
(888) 734-6789 512 S Tonopah Dr
Las Vegas, NV 89106
Free ConsultationAnimal, Insurance Claims and Personal Injury
Loyola Law School, Los Angeles
Show Preview
View Website View Lawyer Profile Email Lawyer
About Ed: Edward J. Achrem is 62 years old and the founder of the law firm. A member in good standing in two states, Mr. Achrem has been practicing law in California and Nevada for over 30 years. Receiving honors at entrance, he is a graduate of Loyola Law School and an active member of the Association of Trial Lawyers of America, the Million Dollar Advocates Forum, The Nevada Trial Lawyers Association and The American Bar Association. Mr. Achrem is qualified to appear in all state and federal courts in Nevada and California and has successfully argued before the...

Claimed Lawyer ProfileSocial Media
Mr. Donald Curtis Kudler Esq.
Las Vegas, NV Animal & Dog Law Lawyer with 27 years of experience
(702) 878-8778 3202 W Charleston Blvd
Las Vegas, NV 89102
Free ConsultationAnimal, Business, Medical Malpractice and Personal Injury
University of California Hastings College of the Law
Show Preview
View Website View Lawyer Profile Email Lawyer
Donald C. Kudler was born and raised in Los Angeles where his father presently lives. His brother and sister live in Arizona. He later moved to San Francisco to attend law school and then to Las Vegas to start his career as a lawyer in 1993. In 2005 Mr. Kudler married Ondine Darcyl, a jazz vocalist who grew up in Argentina and moved to the USA to go to law school. The couple lives in Las Vegas with their two dogs. Mr. Kudler graduated from Lowell High School in Whittier, California in 1978. In his senior year, he won first place...
Animal & Dog Attorneys in Nearby CitiesAnimal & Dog Attorneys in Nearby Counties

The Oyez Lawyer Directory contains lawyers who have claimed their profiles and are actively seeking clients. Find more Mogul Animal & Dog Lawyers in the Justia Legal Services and Lawyers Directory which includes profiles of more than one million lawyers licensed to practice in the United States, in addition to profiles of legal aid, pro bono and legal service organizations.