Claimed Lawyer ProfileSocial Media
Patricia L. M. Gifford
Champaign, IL Animal & Dog Law Attorney with 14 years experience
(217) 328-2828 317 E. University Ave
Champaign, IL 61820
Free ConsultationAnimal, Elder, Legal Malpractice and Personal Injury
The John Marshall Law School
Show Preview
View Website View Lawyer Profile Email Lawyer
Tricia joined the Spiros Law team as a Senior Associate attorney in 2014. Prior to joining, she spent over eight years practicing plaintiff's personal injury work in Chicago. There, she helped obtain multi-million dollar settlements and verdicts for clients in all types of personal injury and wrongful death cases. Her drive and dedication have allowed her countless victories in the courtroom, achieving over 25 million in nursing home and medical malpractice cases. Tricia has been recognized by Super Lawyers as an Illinois Rising Star in 2012, 2013, 2014, and 2015 and as a Super Lawyer every year since 2016. She...

Lincolnwood, IL 60712
Free ConsultationAnimal, Construction, Personal Injury and Workers' Comp
Western Michigan University Cooley Law School
Show Preview
View Website View Lawyer Profile Email Lawyer
For more than a decade, Injury Lawyers of Illinois has distinguished itself as efficient, effective advocates who deliver results and superior customer service to its clients. We focus on getting quick resolutions to individuals injured in the state of Illinois. Whether you were injured in an auto accident, lost a loved one due to another person’s negligence, or were hurt on the job, Injury Lawyers of Illinois offers the attentive and experienced guidance you need to recover compensation for your damages. 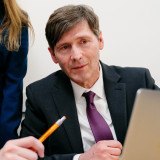 The Oyez Lawyer Directory contains lawyers who have claimed their profiles and are actively seeking clients. Find more Brimfield Animal & Dog Lawyers in the Justia Legal Services and Lawyers Directory which includes profiles of more than one million lawyers licensed to practice in the United States, in addition to profiles of legal aid, pro bono and legal service organizations.