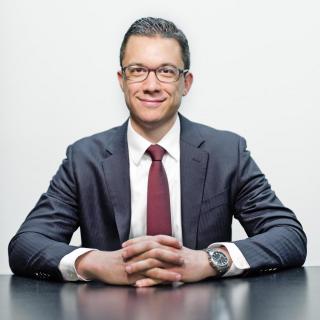 Zak T. Goldstein is a Philadelphia criminal defense lawyer who will take ownership of your case and not rest until he obtains the best possible result for you. More importantly, Mr. Goldstein is a lawyer who is not afraid to take a difficult case to trial. He has tried hundreds of cases before judges and juries, and he has successfully defended thousands of clients in both state and federal court. He has won critical pre-trial motions like motions to suppress evidence including drugs, guns, and confessions, and he has also won full acquittals for his criminal defense clients in both bench trials and jury trials. When the circumstances of the case call for it, Mr. Goldstein is a skilled negotiator. On many occasions, he is able to obtain favorable non-trial resolutions to his clients' cases, including the dismissal of charges, entry into diversionary programs like ARD, and negotiated pleas to significantly reduced charges and sentences. Zak Goldstein started his own criminal defense practice because he is passionate about defending the constitutional rights of the accused and helping victims of police misconduct obtain justice. He is an experienced advocate who will fight hard for your rights in order to make sure that you have every possible advantage when dealing with the power of the police and the prosecutor. Attorney Goldstein has experience with all types of charges ranging from misdemeanors like DUI and Simple Possession to serious felonies such as Aggravated Assault, Robbery, gun charges, Possession with the Intent to Deliver, sex crimes, and criminal Homicide.

Eastern District of Pennsylvania
Since 2015

Is a slap an assault? Maybe not.
Goldstein Mehta LLC Legal Updates
January 6, 2017

Q. How long does defendant have to file an appeal if new evidence is avaiable to present that wasn't available at hearing.
May 26, 2018
A: If you have already been convicted, you have one year from the date of sentencing or when the appeals were finished if you appealed to file a PCRA based on after-discovered evidence. If you are outside of that one year deadline, you have sixty days to file a PCRA from when you learn about the new evidence.

Q. If a child accidentally shoots another child with a gun obtained by the child’s mom’s boyfriend, is the mom liable?
May 26, 2018
A: Probably not criminally, although a creative prosecutor could probably come up with something. There could be civil liability.