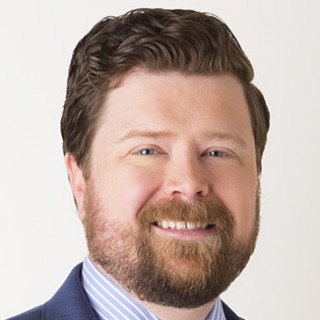 Zachary Marquand began his professional career as a high school math teacher with Teach for America, working in a rural community in Eastern North Carolina.

Zachary is one of a select group of board certified specialists in workers’ compensation law practicing in North Carolina.

Originally from Knoxville, Tenn., Zach earned his bachelor’s degree in economics and Latin from DePauw University in Indiana. As a college undergraduate, Zach was senior captain of the men’s swim team.

After devoting two years to Teach for America, Zach attended law school at the University of North Carolina at Chapel Hill. There, he became immersed in pro bono work and spent time volunteering with the university’s Wills Project, the UNC Center for Civil Rights, the Volunteer Income Tax Assistance Program and the Southern Coalition for Social Justice.

While in law school, Zach worked as a law clerk for the Legal Aid of North Carolina and the N.C. Justice Center Foreclosure Prevention Project. In both jobs, he worked closely with clients who were facing foreclosure. He also served as vice chair of the law school honor court and as an editor for the UNC Banking Journal.

Zach earned his juris doctor with honors from UNC School of Law in 2012 and was admitted to the N.C. State Bar later that year. He remains committed to pro bono work and community service, making him a great fit for the Deuterman Law Group.

Prior to joining the Deuterman Law Group, he worked as an immigration case manager at IBM in Durham, preparing visa applications for foreign nationals. He also worked as a research attorney for consumer and financial class action claims.

He now handles workers’ compensation claims at the Deuterman Law Group’s Winston-Salem office and enjoys working one-on-one with clients to help them overcome the problems they face and receive the compensation they deserve.