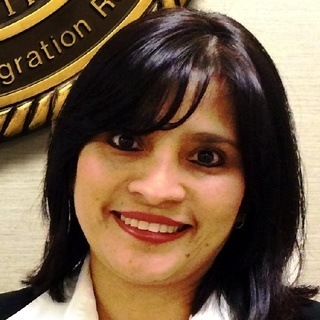 Attorney Yovanna Vargas provides legal services in matters of immigration and nationality law. She earned her Master of Laws from Paul M. Hebert Law Center, Louisiana State University in 2012, and received his first Juris Doctor from the Catholic University of Peru in 1989. She is originally from Lima, Peru, early in her career she specialized in tax law, public policy and international law for over 15 years.

Attorney Vargas contributed to the consolidation of improvements in quality of custom services to taxpayers to stimulate voluntary compliance, and strengthened tax auditing action. She was a legal counsel under the International Agreement for the Modernization of the State between the government of Peru and the Inter-American Development Bank in 2005. In the same year she received the news of being the beneficiary of the visa lottery (DV Program) and in 2006 emigrated to the United States with her husband and children. Her dedication to public and community service strengthened her determination to continue her extensive legal career in the United States.

Attorney Vargas began volunteering at the Child Support Division of the Attorney General of Texas in McAllen contributing their time to ensure thousands of young Texans have proper support. Before becoming a licensed attorney in Louisiana, she worked as a paralegal in a law firm in Edinburg, TX. While finishing her graduate studies, she was a law clerk in an immigration law firm in Baton Rouge, LA. Attorney Vargas gained experience in deportation matters, waivers and cancellation of removals, working on a team for the defense of immigrant families in the United States.

Additionally, she took a particular interest in volunteering her time at the LSU Law Clinic/Immigration Clinic with the group of legal rights presentations for immigrants detained at the South Louisiana Correctional Center in Basile, LA.