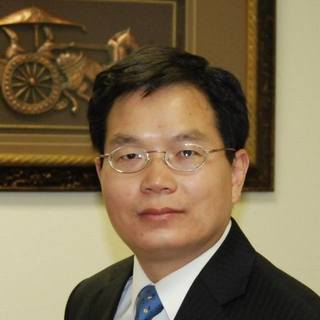 Xiaosheng, the founder and managing partner of Law Huang, hails from the Funiu Mountains at NanzhaoCounty of Henan, China. His academic credentials include a science degree in Geography from East China Normal University in Shanghai; law degrees from Foreign Affairs College in Beijing and the University of Notre Dame Law School in Notre Dame, Indiana. He also studied at a Ph.D. program at Fudan University in Shanghai. Attorney Huang has successfully represented a diverse range of over 2,000 American, Chinese, and international clients since 2002. He is a member of Bars of the State of New York, the U.S. District Court Southern District of New York, the U.S. District Court of Western District of New York, the U.S. District Court for the District of Columbia, U.S. 2nd and 9th Circuit Court of Appeals, U.S. Immigration Court, U.S. Court of International Trade, and U.S. Supreme Court. He is a member of American Trial Lawyers Association and American Immigration Lawyers Association. His practice areas cover federal criminal defense, removal defense, human rights, and Sino-U.S. investment and trade. At age of 21, Xiaosheng was an elected People’s Representative of Putuo District in Shanghai, China. He also served as Chairman of the Chinese Association of Las Vegas from 2004 to 2008, and at present as its Honorary Chairman. Xiaosheng enjoys writing in his after hours. He authored a best-selling book entitled “Suing the USA” published in Beijing and Taipei in November 2006.