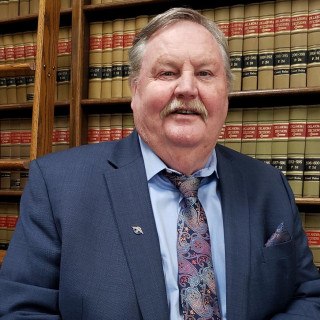 Mr. Campbell has been conducting federal criminal defenses since his original admission to practice law. He has represented federal defendants on charges spanning a wide variety of federal criminal prosecutions from drug trafficking to bank fraud to embezzlement, to human trafficking, to bank robbery to conspiracy, to terrorism, to credit card fraud, to computer crimes, to child pornography, to federal gun prosecutions and the list goes on. His practice is not limited to the Oklahoma City federal court. He has practiced pro hac vice (on a case by case basis) in other federal courts including the Central District of California. He is available on a nationwide basis for your defense of federal criminal prosecutions.

Mr. Campbell has served as the primary trainer of other lawyers seeking to be admitted to the Criminal Justice Act panel. He has taught fundamental federal criminal defense which is very different than state criminal practice. For these services he was presented the Jack Dempsey Pointer Memorial Mentor Award. He is honored to be the lawyer other lawyers call with federal criminal law questions. He has also conducted several six hour seminars on federal firearms prosecutions.

Mr. Campbell is also a veteran of the federal appeals courts having made many oral arguments in the 10th Circuit commencing with his first argument in 1982. Mr. Campbell has also presented petitions for review in the Supreme Court of the United States where he was admitted in 1991.

Experience is very important in matters such as these and Mr. Campbell has, as an intern and then as a fully licensed practitioner, almost 39 years of federal criminal experience. As a wise lawyer once observed, "Federal Court is no place for training wheels".

Searches and Seizures What Are They?
The Blog of William H. Campbell - Attorney at Law
April 22, 2019