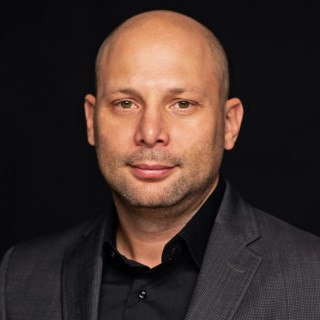 Val Kleyman is the founding member of the Kleyman Law Firm. Mr. Kleyman assists families who are going through a divorce or family court disputes concerning child custody and spousal support. He serves people throughout New York City, including Queens, the Bronx, Manhattan, Staten Island and Brooklyn, as well as those in Westchester, Nassau and Suffolk counties.

Mr. Kleyman is rated as one of the top divorce lawyers and family attorneys in New York. He is the recipient of several honors and awards by independent attorney rating and ranking entities.

Few things are as life-altering as a divorce. It takes control over every aspect of life, including the person’s own self. Mr. Kleyman understands these impacts and helps people stay in control of a tough situation. His goal is always to obtain a resolution as quickly as possible, while keeping the focus on any children involved and the needs of his client. Part of his success as an attorney lies in the fact that he finds a strategy that works for clients’ individual cases, rather than a one-size-fits-all approach. Mr. Kleyman represented many clients in high profile and high net worth divorce disputes. His past clients range from celebrity personalities, international DJ’s, actors, olympic athletes and the Wall street elite to every day hard working people of New York who wish to dissolve their marriages and relationships.

With focus on litigation and complex high net worth matrimonial cases, Mr. Kleyman quickly earned a reputation of a zealous and talented litigator among his peers became known as “The Wall Street Divorce Lawyer”. When he is not representing clients, Mr. Kleyman gives lectures on divorce and family law matters. He regularly appears appears on national television and other mass media as a commentator on divorce and family law issues.

Fastest Growing Law Firm In America 2017
The Law Firm 500
2017
Kleyman Law Firm P.C. was awarded The Law Firm 500 Award 2017, an honor bestowed upon the fastest growing law firms in America. Law Firms who were recognized not only received recognition for their accomplishments, but they were included in a list of law firms published by industry media outlets, and mentioned by thought leaders.

Rising Star
Super Lawyers
2016
Rated Top Divorce Lawyers in New York – Super Lawyers Val Kleyman is a Top Rated Family Law Attorney in New York, NY and selected for inclusion as a one of Super Lawyers New York Metro Rising Stars in the area of divorce and family law. This rating is awarded to only 2.5% of attorneys by Super Lawyers that selects attorneys using a patented multiphase selection process.

This video is about My Movie 1