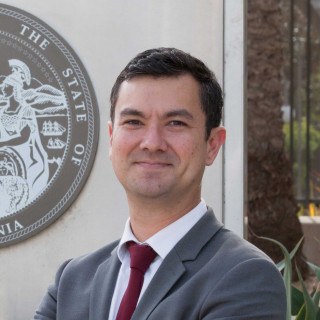 Todd Means initially became interested in law to help "the little guy." After working for an educational nonprofit during and after college, Todd entered Loyola Law School, Los Angeles to become a civil rights attorney. However, he quickly realized that protecting the constitutional rights of the accused was his true passion. During law school, he interned at the Ventura County Public Defender’s Office, was a member of Loyola Law School's Juvenile Innocence and Fair Sentencing Clinic, and was a Judicial Extern for the Second District of the California Court of Appeal.

After receiving his J.D. from Loyola, he began working as a Ventura County Deputy Public Defender. There, he learned that even though the criminal justice system is stacked against the defendant, hard-work and a willingness to fight for your clients gets results. His tenure as a Deputy Public Defender exposed Todd to almost every criminal allegation imaginable, from Penal Code to Fish and Wildlife Code violations. He is most comfortable in the courtroom, cross-examining adverse witnesses, arguing motions, and fighting for his client's rights. During his three years in Ventura County, Todd handled hundreds of cases a year and took the second highest number of cases to jury trial (Bailey K.F. Means had the highest).

Some criminal defense attorneys shy away from legal writing, but Todd sees thoughtfully crafted motions and appeals as important tools. At the time of this writing, a case he briefed and argued before the Ventura County Superior Court Appellate Division while a Deputy Public Defender is awaiting decision from the California Court of Appeal.

After leaving the Public Defender's Office, Todd served as a State Bar Prosecutor with the Office of the Chief Trial Counsel in Los Angeles, California. While he values the time he spent protecting the public from the misconduct of unethical attorney, he missed fighting for his clients.

Felony-murder rule gets a fix, but jury still out on bail reform
Ventura County Star
December 8, 2018