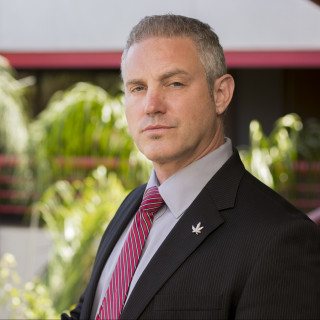 Tom Dean has been using his law practice to advocate for nationwide cannabis policy reform for over 25 years. After honing his courtroom litigation skills for several years in Ohio and Arizona, Tom accepted the position of Legal Director for the National Organization for the Reform of Marijuana Laws (NORML) and relocated to the organization’s headquarters in Washington, DC. As NORML’s Legal Director, Tom initiated and managed many matters of national importance to cannabis policy reform. He also coordinated the efforts of the NORML Legal Committee and NORML Amicus Committee in key cases throughout the U.S. He continues to serve as a lifetime member of the NORML Legal Committee, Chairman of the NORML Amicus Committee, and Legal Director of NORML’s Arizona state chapter. He returned to practice in Arizona in 2010 and has remained since then. In 2016 NORML honored his 20 years of achievements by inducting Tom into the organization’s Distinguished Counsel’s Circle. Tom is also a founding member of both the National Cannabis Bar Association (NCBA) and the Arizona Cannabis Bar Association (ACBA), organizations that seek to help other lawyers develop an understanding of the many unique aspects of cannabis business law and other emerging cannabis related areas of practice. In recognition of his work in cannabis law in Arizona, in 2016 Tom received the President’s Commendation award from the Arizona Attorneys for Criminal Justice (AACJ). Outside of the courtroom, Tom enjoys presenting at legal and business seminars and conferences around the country.