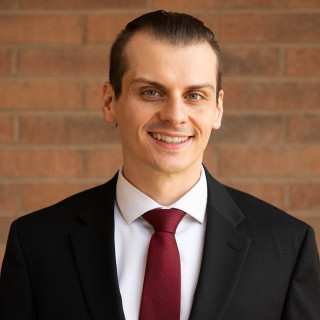 Attorney Timothy Sparling is a Criminal Defense attorney with Rosenstein Law Group, law firm in Scottsdale, Arizona. Serving clients throughout the Greater Phoenix metro area and all across the state of Arizona. Mr. Sparling focuses his practice primarily on Criminal Defense and White-Collar Criminal Defense. Timothy is an experienced trial attorney willing to fight for your rights, he can be reached by contacting Rosenstein Law Group by calling our law office at (480) 248-7666 or visiting our website to schedule a free initial consultation.

Timothy Sparling’s legal career began as an extern with the Maricopa County Superior Court. He then went on to represent everyday people in insurance coverage cases. He graduated as a Trial Advocacy Fellow from the Sandra Day O’Connor College of Law and has practiced criminal law since. He began his criminal practice with the Maricopa County Public Defender’s Office specializing in serious felony cases. He quickly became known for handling complex, multi-million-dollar white collar cases with a focus in litigating restitution issues. He has appellate experience and is a named attorney in published Arizona Supreme Court precedent.

Timothy makes significant contributions to criminal justice reform and public policy. He previously served as Vice Chair and Finance Director on the board of legislative district 26 and worked as Strategy Officer and Interim Finance Director for the Will Knight 2020 campaign. He also fights for criminal justice reform as a Legislative Advocate for Arizona Attorneys for Criminal Justice and has worked directly on issues regarding police civilian review boards, death penalty exoneration processes, public disclosure of police bodycam footage, and drug policy reform. Timothy serves on the Death Penalty Subcommittee of Arizona Attorneys for Criminal Justice and has received media attention for his legislative work from the Arizona Central and ABC15.

Arizona
State Bar of Arizona
Since 2017

Human Resources: A Normative Approach to the Propertization of Genetic Information
The Adelphia Law Journal Article
2019