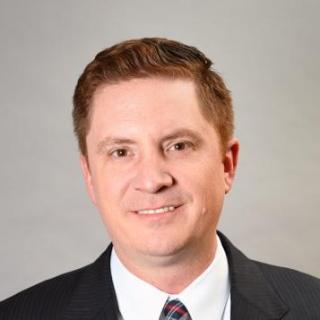 Thomas Maronick Jr is a Super Lawyers-rated attorney who has been practicing since 2008. A Baltimore native, Mr. Maronick is the founder and managing partner of The Law Office of Thomas Maronick Jr, LLC.

Since becoming a lawyer, Mr. Maronick has been honored with "Superb" ratings from Avvo.com, A+ from BBB, "AV-preeminent from Martindale-Hubbell, their highest rating, and being selected to the National Trial Lawyers: Top 100 Trial Lawyers.

Many of his cases have received statewide media attention, and Mr. Maronick has also served as a commentator on national and international media, including outlets such as The Baltimore Sun, International Business Times, and Canadian television (CTV News) on major cases.

What to Expect for a Field Sobriety Test - Maronick Law

what to expect in a field sobriety test

What to do/not do when pulled over for a DUI

Which bankruptcy is right for me?

Which bankruptcy is right for me

Can I discharge my student loans in bankruptcy?

What happens when I file bankruptcy?

What assets are protected in bankruptcy?

Q. How do I restore my right to own and possess a firearm since I pled guilty to CR.7.105 on 2/21/2013
July 3, 2020
A: Hopefully the chance at probation before judgement remains though that would have to have been filed within 90 days of disposition. But if your lawyer (if you had one) did not do that you can seek post conviction relief and a chance to turn the conviction to a non-conviction.

Q. Hi I got a question what is display obscene mat to minor means cjis is 1-0635 and statue code 11-203 b1 or d1
July 3, 2020
A: It means displaying obscene materials (like pornographic magazines) where minors could have access. The penalties are criminal - one year and up to a $1000 fine. It does not require registration from my initial review of the statute. But it is nevertheless a serious criminal charge.

Q. How can I protect my family in the state of MD if caught in a roadblock protest and they begin attacking my car?
July 3, 2020
A: In Maryland you cannot use deadly force for property alone and you can only use reasonable force depending on the circumstances. If they are attacking the car with your family in it and you fear for their safety, you could likely use reasonable force to prevent the assault.