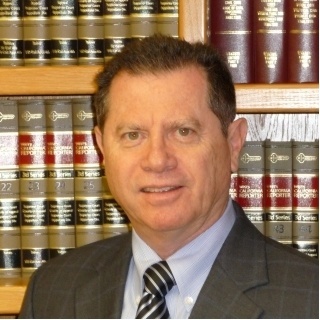 With over 36 years of experience in state and federal criminal defense, Stephen R. Kahn is a highly regarded Beverly Hills criminal defense attorney whose aggressive advocacy, intelligence, credibility, and trial skills have earned him the respect of prosecutors, law enforcement officials, and the courts in California and across the nation.

When charged with a crime, the most important decision you will make is who you hire as your criminal defense lawyer. The consequences of criminal charges are serious and the criminal justice process can be overwhelming for both the accused and their loved ones. Attorney Stephen R. Kahn will step up and fight for you with expertise and experience.

Before charges are even filed, Mr. Kahn will often intervene with the police in order to resolve the matter before it ever gets sent to a prosecutor. If charges are filed, Stephen immediately contacts prosecutors and pushes for a dismissal or alternatives to the severe punishments pursued by the government. If a favorable result cannot be achieved, Mr. Kahn will not hesitate to take a case to trial. Indeed, his well-known record of not guilty verdicts spanning four decades is a testament to his abilities in front of a jury.

A key to Mr. Kahn's success is his strong relationships with his clients. Everyone who Stephen represents, no matter what they are charged with, is treated with compassion and respect. He works tirelessly to show law enforcement, police, courts, and juries that his clients are not generic defendants defined by police reports and criminal complaints, but real human beings with unique life stories who deserve special consideration and attention.

"AV-Rating"
Martindale-Hubbell
Highest possible rating for a lawyer. Mr. Kahn was awarded this rating by fellow attorneys for his exceptional legal skills and high ethical standards. Mr. Kahn has received this rating every year for over a decade.

All Federal Courts in California
Admitted to Practice
Current