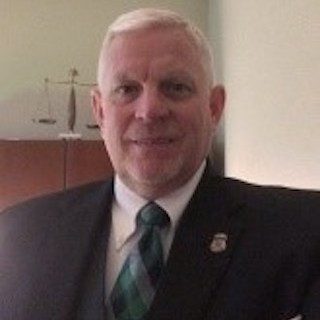 I currently practice before the Merit Systems Protection Board (MSPB), National Labor Relations Board (NLRB), Department of Labor, Office of Worker's Compensation Program (DOL/OWCP) Social Security Administration (SSA) and the Equal Employment Opportunity Commission (EEOC). Additionally, being part American Indian (Shawnee) and a member of the Kispoko Sept of Ohio Shawnee and the National Native American Bar Association, I represent individuals in tribal courts and justice systems that are components of the sovereign tribal government(s). Tribal courts and justice systems are critical components of the tribal government. They are empowered to resolve conflict and controversy. Native people practiced various forms of meaningful and productive conflict and dispute resolution.

Heavy court caseloads and rising legal costs have prompted many people to settle their legal disputes outside the courtroom through a process known as alternative dispute resolution (ADR). Mediators, also known as arbitrators and conciliators, guide the ADR process and help resolve conflicts between disputing parties. We facilitate negotiations and settlements as mediators between disputing parties by providing direction and encouragement, working collaboratively with the parties and finding creative ways to reach a mutual solution.

US Merit Systems Protection Board
Since 2003

Q. What laws are in place to prosecute non-Native offenders who commit crimes on Native reservations?
October 11, 2022
A: It depends. Currently, Oklahoma v. Castro-Huerta, a majority of five justices sided with the state of Oklahoma, finding that state governments have the legal jurisdiction to prosecute non-Native citizens for crimes committed against Native citizens on sovereign tribal lands.

Q. Appeal for reinstatement of parental rights was taken over by tribal court. What happens now?
November 24, 2019
A: Unfortunately. I cannot answer in accordance with ABA Ethics Rule 4.2: In representing a client, a lawyer shall not communicate about the subject of the representation with a person the lawyer knows to be represented by another lawyer in the matter, unless the lawyer has the consent of the other lawyer or is authorized to do so by law or a court order. Please inquire with your lawyer whom handled the Appeal as I am sure your question(s) will be answered. I wish you well. Respectfully, Scott