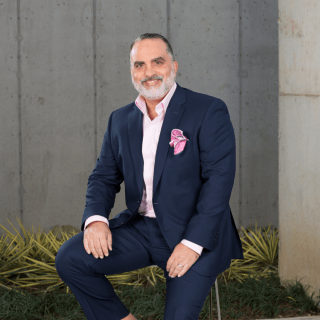 Ronald “Ronnie” Jesus Pellitero focuses his practice on the representation of those injured on the job throughout the entire state of Georgia. As a partner at Cruz & Associates Ronnie has had the pleasure of guiding thousands of injured workers through the complex Workers’ Compensation system while always respecting the needs of the injured worker and the obligations that the law requires.

Ronnie is a member of the of the Workers’ Compensation section of the State Bar of Georgia, the Atlanta Bar Association, and the Georgia Trial Lawyers Association. In addition to his active involvement in professional organizations, Ronnie is extremely involved in his community. Ronnie has helped those in need by donating time and resources to numerous charitable organizations such as Leukemia & Lymphoma Society, Kid’s Chance, the March of Dimes, The United Way, Fellowship of Christian Athletes, Boys and Girls Club, Habitat for Humanity as well as many others.

Ronnie completed his undergraduate education at Florida International University (FIU) where he was a member of Phi Sigma Kappa and held the leadership positions of Sargent at Arms and also was the delegate for the fraternity to The Interfraternity Council (IFC). While at FIU, Ronnie received a double undergraduate degree in Business Administration and International Business. Ronnie then went on to earn his Juris Doctor degree at St. Thomas University.