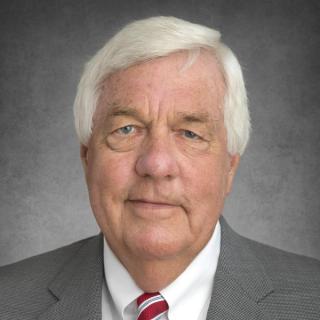 Ron Koksal was born in Russell, Kansas and graduated from the University of Tennessee College of Law in 1972. He was admitted to the Tennessee Bar in 1973, and is admitted to practice before various federal courts and the United States Supreme Court.

Ron and his wife Judi have two children: Zack and Luke. He enjoys spending time with family, playing golf, Tennessee and Kansas basketball, reading, cooking and traveling to destinations of Judi’s choice (!) and with friends to golf destinations such as South Carolina, Ireland and Scotland.

Ron has a son with autism and is involved in related causes such as Breakthrough Corporation, a planned community for adults with autism in Knoxville.