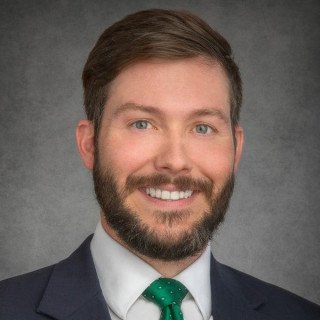 Dan Pilkington is a member at the firm of Watson, Roach, Batson and Lauderback in Knoxville, Tennessee. Mr. Pilkington practices civil litigation in federal and state courts, with an emphasis on public officials and law enforcement. His experience includes defending municipal clients in civil rights actions, including police misconduct ligation.

Mr. Pilkington has represented municipalities and police officers in all levels of courts within the State of Tennessee including the Tennessee Supreme Court. He has successfully represented the same class of clients in Federal Courts within Tennessee and the 6th Circuit Court of Appeals located in Cincinnati, Ohio.

Mr. Pilkington has successfully defended municipalities and officers in cases with accusation of negligence, assault, false arrest, and false imprisonment under state law. He has successfully defended officers facing accusation of illegal search and seizure, illegal arrest and excessive force based upon the United States Constitution. He has successfully represented officers in use of force cases across all ranges of the force continuum up to and including use of deadly force. Mr. Pilkington has represented Chiefs of Police and municipalities in cases involving alleged failures on the part of command staff to train and supervise and cases involving alleged unconstitutional customs, policies and procedures.

Tennessee
Board of Professional Responsibility of the Supreme Court of Tennessee
ID Number: 24660
Since 2005

Elite Lawyers of the South
Martindale-Hubbell
2019