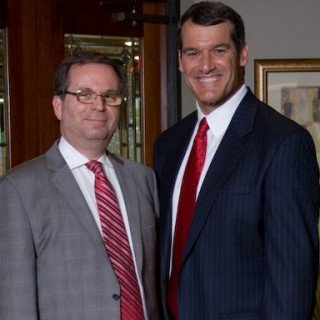 Robert Killeen was born in New Orleans, Louisiana, in 1962. He attended Tulane University in New Orleans where he received a Bachelor of Arts degree in History in 1984, and a Juris Doctor in 1987. Mr. Killeen was admitted to the Louisiana Bar in 1987, and the Texas Bar in 1990. He is also admitted to practice before the United States Court of Appeals for the Fifth Circuit, United States Court of Federal Claims, United States District Courts for the Southern, Eastern, Northern and Western Districts of Texas, and United States District Courts for the Western, Middle and Eastern Districts of Louisiana.

Mr. Killeen has spoken at several seminars as well as conducted continuing legal education seminars for insurance companies. He is the author of “Fear and Loathing in the P&I World: A Simple Primer to a Complex Universe;” “Ethical Dilemmas Facing Insurance Adjusters: From an Attorney’s Point of View” “Texas Construction;” “Reservation of Rights”, and “Welding Rod Litigation and Manganese Exposure.”

Mr. Killeen has a Martindale Hubbell rating of AV, the highest rating for legal ability and professional and ethical standards. Mr. Killeen also has a Martindale-Hubbell AV lawyer’s peer review rating. He is active in the legal community and is a member in many associations and clubs.