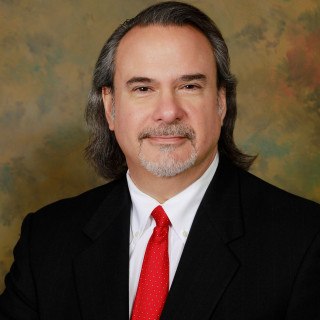 Robert Hallack is the principal of Hallack Law Offices in Baton Rouge. In 1989, he earned his J.D. degree, cum laude, at Southern University Law Center. He was also Associate Editor of the Southern University Law Review by virtue of his article, "Louisiana's Comparative Fault Doctrine and the Mitigation of Damages," which was cited by the Louisiana Supreme Court. During his last year of studies, Mr. Hallack was awarded the West Publishing Award for Scholastic Achievement. Since 1989, he has devoted his practice to personal injury and wrongful death cases, including vehicle accidents, medical negligence, nursing home negligence, professional malpractice, maritime accidents, premises accidents and injuries at work. On behalf of the National Business Institute, Mr. Hallack has authored and lectured extensively on trial procedure and practices, evidence, proving damages, alternative dispute resolution, and with regard to the following areas of law: medical malpractice, nursing home abuse/negligence, and workers' compensation issues. He is a member of the Baton Rouge and Louisiana State bar associations as well as all Federal courts in the state. Mr. Hallack is also a member of the Wex Malone American Inns of Court.

Handling Evidence at Trial, Applying the Rules of Evidence
February 4, 2012

Q. My brother had colon cancer surgery on last week. He did good until 2 days ago. They did not mark the arear they guess.
February 26, 2020
A: It could be malpractice, but you will need to have his records reviewed by a doctor within that particular field. Please understand that not every mistake, misdiagnosis, or bad result is malpractice. It is only malpractice if there is a failure to follow the standard of care as established by physicians practicing in that field. Also, the sole jurisdiction for any cause of action for what has happened to your brother would be in Michigan. So, you need to consult an attorney from Michigan.

Q. Can I sue hospitals and especially nursing Facility who ignored procedure causing my mom's burst abdomin!
December 21, 2019
A: Under the Louisiana Medical Malpractice Act, you will first need to file a request for review by a medical review panel before you can file suit. Because of the special nature of medical malpractice claims, it is important that you consult with an attorney who does medical malpractice. Please remember you only have one year from your mother's death in which to file your request for review.

Q. there Is a lot of blank pages in my deceased fathers medical care report and other odd stuff .
October 24, 2019
A: These are questions which cannot be answered without further review of the records either by an attorney or another physician. Blank pages and late signings are not unusual practices in and of themselves to warrant suspicion. Please keep in mind that you only have one year from the date of the deceased's death in which to file a request for review by a medical review panel. The Louisiana Medical Malpractice Act requires all claims of medical malpractice be submitted for review by a medical review panel.