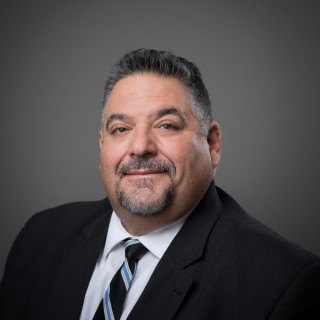 Bob DeRose is the Managing Partner and practices in the Complex Litigation Division of Barkan Meizlish DeRose Wentz McInerney Peifer, LLP and handles wage & hour/overtime issues, consumer protection issues, election/political issues and union side labor matters. Mr. DeRose is a native of Western Pennsylvania and a 1988 graduate of Washington and Jefferson College with a degree in Economics. He is a 1991 graduate of the University of Dayton School of Law, where he was active in workers’ rights issues. Mr. DeRose is the former president of the Workers Injury Law and Advocacy Group (WILG), a national organization of lawyers based in Washington, D.C. committed exclusively to representing workers’ and their families. Mr. DeRose is the former President of the Ohio Association for Justice. He also is a member of the American Association for Justice (AAJ) along where he served on the National Finance Council and the AAJ Leaders Forum. Mr. DeRose is a former Board member of the Ohio Legal Assistance Foundation and the Diane Crawford Cervical Cancer Foundation. Mr. DeRose is a frequent lecturer and author on Fair Labor Standards Act and Union Side Labor topics. He was an adjunct faculty member at Capital University Law School Graduate Program and a guest lecturer at the Ohio State University Fisher College of Business and the University of Dayton School of Law. Bob was a co-author of 2005-2006 Ohio Workers’ Compensation Law, a practice guide, published by the West Group. Bob is an editing author to the American Bar Association’s treatise, The Fair Labor Standards Act. Mr. DeRose has been named one of the Best Lawyers in America since 2011 and a Top 100 Trial Lawyer in Ohio since 2007. He has been listed as an Ohio Super Lawyer by Columbus Monthly Magazine since 2005. He is listed as one of the Top 50 lawyers in Columbus, Ohio by Columbus CEO Magazine since 2012. Mr. DeRose is a member of the prestigious Melvin Belli Society.

Pennsylvania
Disciplinary Board of the Supreme Court of Pennsylvania
ID Number: 94395
Since 2005