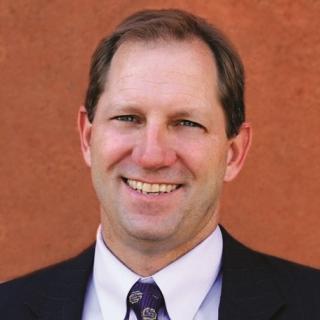 Richard Travis is committed to providing thorough, effective, compassionate legal representation to all of his clients. Over the 23 years of practicing law, Rich has earned a reputation as a tough, aggressive, ethical litigator. He is licensed in the states of Colorado, Massachusetts, and Maine.

Rich began his law career in a small Boston firm. Then in 1993, he joined the Army’s Judge Advocate General’s Corp (JAG). While a JAG officer, Rich provided legal assistance to soldiers and their dependents. He also represented Evans Army Community Hospital in cases involving medical malpractice. However, for most of his military career, Rich was a trial counsel and senior trial counsel.

After a successful career in the Army, he joined the 18th Judicial District Attorney’s Office in Arapahoe and Douglas counties. There, Rich tried cases involving driving under the influence of alcohol/drugs and domestic violence.

In 1999, Rich and Wayne Anderson formed Anderson & Travis. Since then, Rich has represented clients in family law. Over the years, he developed an expertise in high conflict divorce. Rich has also successfully defended soldiers in courts-martial and represented clients who were injured either by a collision, professional negligence, or unsafe conditions. Richard’s core belief is that personal injury cases are not just about money, they are about helping clients get better.

Since Wayne's retirement in June 2017, Rich is taking the firm forward as Travis Law Group, to continue serving the clients that have come to depend on his expertise and performance as a stellar litigator.

Rich is also a member of the Colorado Trial Lawyers Association, the Inns of Court, and is the Chairman Select of the El Paso County Family Law Bar. He and his family live in Colorado Springs. He is an avid skier, mountain bike rider, and GS adventure rider.