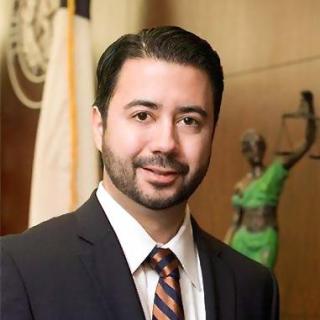 We are in it to win it and do what we say we will do.
Badges
Claimed Lawyer ProfileSocial Media
Biography

R. James Amaro founded the Amaro Law Firm in 2005 after leaving his position as an attorney at a defense law firm. Not long after founding the firm, Mr. Amaro was hired to represent many individuals and families who had their lives destroyed by the BP refinery explosion in Texas City, Texas. Since then, Mr. Amaro has successfully represented thousands of people and businesses in various legal matters, including personal injury claims, business disputes, insurance claims, hurricane claims, and commercial litigation. Mr. Amaro tried one of the first lawsuits related to Hurricane Ike and took many more to the eve of trial for many business and home owner clients. More recently, the Amaro Law Firm has been active in assisting thousands of cleanup workers and businesses which suffered injuries and losses due to the BP Deepwater Horizon Spill. Every year since being founded, the Amaro Law Firm has represented clients in legal matters and obtained just compensation for its clients who have been personally injured or suffered damages in business and insurance disputes. Mr. Amaro has instilled his firm and staff with his relentless tenacity to effectively represent the firm’s clients with the utmost duty of candor and loyalty. Prior to founding the firm, Mr. Amaro gained a wide breadth and invaluable work experience working at some of the largest national and state based law firms in Wisconsin and Texas. In his career, Mr. Amaro has written federal opinions for a federal judge and worked for many large defense law firms. In the beginning of his legal career, Mr. Amaro was an aggressive defense attorney with a Houston insurance defense firm where he learned how the “insurance racket” works.