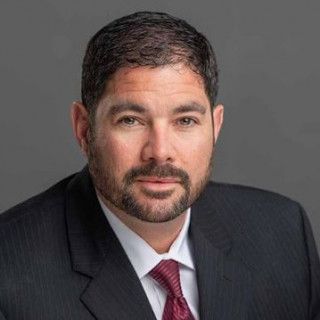 Rafael Gil was admitted to practice in 2000. Prior to attending law school, he was employed in the banking field. Having a background in finance and banking, during law school, Rafael decided to practice in the area of Bankruptcy Law. Rafael Gil clerked for a bankruptcy attorney for two years, before graduating from law school. Upon graduating, he moved to Dothan AL and opened up his law office in 2000 concentrating his practice to Bankruptcy Law. In the process, he has filed thousands of bankruptcy cases, representing both individuals and businesses. Rafael Gil III was born in San Juan, Puerto Rico in 1975. He is married to the former Kimberly Phipps of Dothan and has 4 children. He graduated from Auburn University with a Bachelor of Science Degree in Pre-Law, with an Associates Degree in Criminal Justice in 1997. He received his Juris Doctor from Faulkner University, Jones School of Law in 2000. He is licensed in Alabama and the Federal Courts in the Middle District of Alabama. He is a member of the American Trial Lawyers Association, National Association of Consumer Bankruptcy Attorneys and American Immigration Lawyers Association

Chipping Away at Debt
The Dothan Eagle
January 11, 2015

Let our law firm help you get back on your feet again through bankruptcy protection.

Ludlum & Gil, LLC is Wiregrass lawfirm assisting those with filing bankruptcy petitions and social security appeals. Rafael Gil III is the managing partner in the firm.

Q. I am a Owner operator ‘ Trucking ‘ the past year I have had major mechanical repairs . Due to loans that have basically
March 8, 2018
A: Chapter 13 might be a good option for you. You can consolidate all your debts, including your truck, and have your payments lumped into one lower payment.

Q. If I retire from my job (64 yrs old) can my Chp 13 be converted to a Chp 7 if I can now pass the means test?
March 8, 2018
A: Yes, if your income falls below the median income you could qualify for a 7. You need to talk to your lawyer b/c converting to a 7 can have a negative impact on your assets.

Q. After a default payment on a mortgage, what is the statute of limitations to initiate a foreclosure proceeding?
March 7, 2018
A: Well there isn't a quote unquote "statute of limitations" to foreclose. Technically, once you have defaulted under the terms of the contract (i.e. loan), the mortgage company can start the foreclosure proceedings. Of course, they have to go through the legal process, which could take several months to complete.