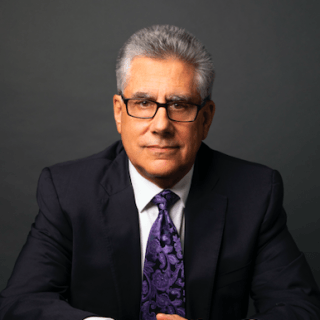 At the Schiffer Law Firm, Texas attorneys Paul and Jacob Schiffer together have over 45 years of combined legal experience and descend from a dynasty of American lawyers going back over 100 years.

Schiffer Law Firm proudly fights for individual clients and their families who have been wrongfully accused, had their constitutional rights violated, and those who have been harmed by others, defective products, or corporate negligence.

Attorney Paul Schiffer is a highly experienced, highly revered Texas attorney who is best known for his captivating trial strategy and unparalleled knowledge of the law and procedure.

Prior to founding Schiffer Law Firm, attorney Paul Schiffer spent five years as a Texas prosecutor starting in 1975. While at the Harris County District Attorney’s Office, Paul personally prosecuted thousands of cases and tried hundreds of jury trials, including murders, sex crimes, and other high-profile offenses. Mr. Schiffer decided to then transition into a criminal defense attorney and has since represented and defended virtually every type of crime in Texas and Federal courts.

Mr. Schiffer has been named for over ten years as a Texas Super Lawyer, Houston’s H-Texas Top Lawyer, America’s Top 100 Trial Lawyers by The National Trial Lawyers, Most Feared Lawyers, and was recently honored by inclusion in America’s Best Attorneys.