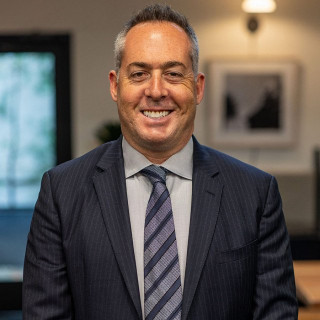 Nicholas Kohan is a Southern California personal injury lawyer with experience you need on your side. After finishing his undergraduate degree at Cornell University in 2003, Nicholas Kohan received his J.D. from Whittier Law School in 2007.

For the next ten years, he built his career working with insurance companies, corporations, and other groups protecting their interests from injury victims. His skill in the courtroom gave him an edge over the other parties his clients needed, and it gave him an inside look at how insurance companies and other groups avoid paying for their own negligence. His courtroom success saved millions of dollars for these companies.

That success and insight has translated into millions of dollars won for injury victims working with Kohan & Bablove LLP. Nicholas Kohan knows the tactics that insurance companies and corporations will use, which means you could recover compensation other lawyers may be unable to offer.

Nicholas Kohan’s work has earned him attention from other organizations. His awards include getting Super Lawyer status in 2021; Super Lawyers Rising Star in 2017, 2018, 2019, and 2020; National Trial Lawyers Top 100; inclusion in the Million Dollar and Multi-Million Dollar Advocates Forum; Martindale-Hubbell AV Preeminent Rating; and rated an Avvo “10 out of 10” Top-Rated Personal Injury Attorney.

Nicholas Kohan is also a member of the Orange County Trial Lawyers Association Board of Directors, and the Consumer Attorney Association of Los Angeles. These organizations offer advocacy and education for injury victims who need guidance after their injury.

If you’ve been hurt and you’re seeking a lawyer, reach out to Nicholas Kohan and the lawyers at Kohan & Bablove LLP. The firm offers free consultations for those seeking a lawyer after a serious injury. The firm may also cover your medical expenses when you’re hurt, so you don’t have to worry about covering them yourself during your lawsuit.

Founding partners Nick Kohan and Jesse Bablove talk about what motivates them to do their best for each client.

What if I'm in a Crash with Someone Who's Uninsured?

Nick Kohan explains how you can still get compensation after being in a crash with a motorist who is uninsured or underinsured.

What to Do After a Slip-and-Fall Accident

Nick Kohan talks about the importance of documentation after a slip-and-fall accident.

What to Look for in a Personal Injury Attorney

Nick Kohan of Kohan & Bablove, LLP, talks about what to look for when hiring a personal injury attorney.

Why You Should Never Give a Recorded Statement

Nick Kohan explains why it's crucial that you never give a recorded statement before talking to a personal injury attorney.