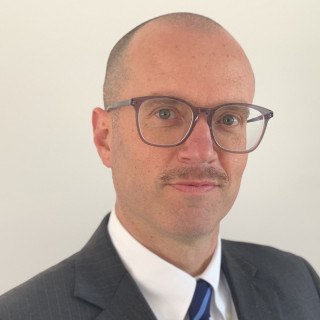 I graduated from the University of Missouri, Columbia, in 2000, and earned my law degree from Loyola University New Orleans in 2003. During law school, I worked at the Internal Revenue Service on issues relating to small businesses and sole proprietorships, and clerked for two law firms focusing on domestic relations and divorce.

After finishing law school, I worked for a mid-sized Missouri law firm representing many of the largest American financial and industrial companies. In 2006 I opened my own practice, The Smith Law Firm, LLC.

Most of my practice is focused on representing clients in divorce, custody, child support, and other family law matters.

During his spare time, I contribute to a variety of non-profit organizations. These include Join Hands ESL, the Leukemia & Lymphoma Society, Habitat for Humanity, SATE, and Missouri Confluence Waterkeeper. I've served as the head coach of the Missouri State University Mock Trial Team, and have sponsored various youth athletic teams and programs.

Associate Attorney
Kramer & Frank, P.C.
2005 - 2006
We represented many of the largest U.S. financial institutions in consumer and commercial collection matters. We represented these companies in every county in three states: Missouri, Illinois, and Kansas.

Intern
Internal Revenue Service, Office of Chief Counsel
2003 - 2004
Legal clerkship during law school We researched and investigated matters involving small businesses and sole proprietorships. We provided support to other divisions within the I.R.S.

How is Child Support Calculated in Missouri
Youtube
January 9, 2020

How much interest accumulates on unpaid child support and maintenance?

How much interest accumulates on unpaid child support in Missouri?

How Child Support is Calculated in Missouri

How is child support calculated in Missouri?

Q. If I have received a summons to appear in court due to child support, if I pay off the amount do I still need to go?
June 15, 2020
A: Good question. Is this a situation where the prosecuting attorney filed either a civil contempt action or criminal contempt case? If so, the answer is yes. You still need to appear until you have an order dismissing the case. In the context of a criminal non-support case a prosecutor may still prove that you are guilty of a crime even though no support is due. (Imagine a situation where someone steals a Playstation from Walmart, is charged with stealing, and then returns the Playstation before the first court appearance.) From a practical standpoint some prosecutors will dismiss your case before court, but it's not a guarantee.

Q. 17 y/o going to college. Her father is paying 0 support. He is not on birth certificate. What should I do?
June 5, 2020
A: It depends on whether you want to get him to pay for college and possibly pay for support. Would it cause trauma for your daughter? Does this guy work or have any income? Are you fairly certain your daughter isn't going to drop out within the first semester? Do you make a ton of income and want to avoid contributing to her college? Usually in a situation like this there's a reason why you haven't filed a paternity case yet, or tried to get child support. But getting him to do this is definitely feasible.

Q. 7 yr old son with my ex husband. How do I respond to a falsely accused interference with custody? My ex will not convers
June 5, 2020
A: When you say "custody interference" are you referencing a family access motion? Or a motion to modify and/or motion for contempt? The way in which you respond depends on what he filed. If he is physically and emotionally abusive to the children, then you should think about filing a motion to modify to limit his custody.