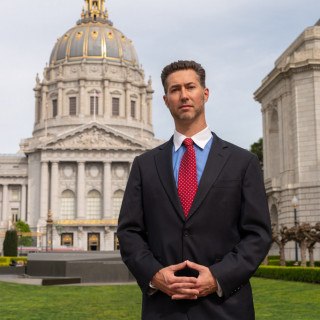 NEIL HALLINAN is a third-generation trial attorney in the San Francisco Bay area, with offices in San Francisco and Oakland. Prior to founding the Hallinan Law Firm, Mr. Hallinan spent a decade as a public defender, mostly in Oakland, CA, during which time he represented thousands of clients in matters ranging from high-stakes felony prosecutions, including murder and white collar fraud, to low level misdemeanors, including hundreds of DUI cases, more than fifteen of which he tried to verdict. His victories include full acquittals in 3-strikes prosecutions as well as a discharge of a murder case at preliminary hearing.

In his career, Mr. Hallinan has tried more than forty-five trials to verdict and conducted the defense in hundreds of preliminary hearings, in several different counties in Northern California. Since the establishment of the Hallinan Law Firm, Mr. Hallinan has taken on cases in San Francisco, Alameda, Marin, San Mateo, Santa Clara, Contra Costa, Solano, Sacramento, and Santa Cruz Counties, and has represented witnesses in federal and state court prosecutions.