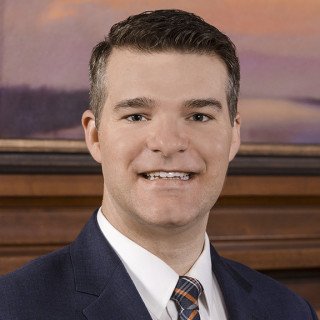 Neal Schuett is one of the rare breeds of criminal defense attorney that is willing to go to trial and also knows how to protect his client's appellate rights. Since moving to southwest Ohio in 2010, Neal has successfully handled hundreds of criminal and DUI/OVI cases, including not guilty verdicts in both bench and jury trials. For example, Neal received not guilty verdicts for a man accused of high-level felonies. In that same time, Neal has also fought to protect the rights of his clients through his criminal appellate work. In one case, Neal's appellate advocacy skills convinced the Twelfth District Court of Appeals to overturn its prior ruling on felony OVI sentencing laws.

Neal has never been shy about being in a courtroom. From a young age, he could be found in the peanut gallery of the Polk County Courthouse watching his father testify as a Des Moines Police Department officer. His interest in trial-work lead him to join the University of Iowa mock trial team where he won All-American honors and back-to-back national championships. In law school, Neal was selected to compete in the University of Iowa College of Law's prestigious Van Oosterhout Moot Court Competition and to represent the College of Law on its trial advocacy team. As part of that team, he earned a bid to compete at TYLA's Trial Advocacy National Championship tournament. Neal continues to teach competitive trial advocacy as the program director and head coach of Miami University's nationally-ranked mock trial program. In 2018, he helped coach Miami Mock Trial to its first national championship title in seventeen years, and second overall.

Neal has turned his interest in trial-work into a successful criminal law practice. Prior to joining Rittgers & Rittgers, he has worked as a municipal prosecutor, a felony public defender, and as an associate for Haughey & Niehaus, LLC in Oxford, Ohio. Neal has been named to Super Lawyer's Ohio Rising Stars list in 2015, 2016, 2017, 2018, and 2019.