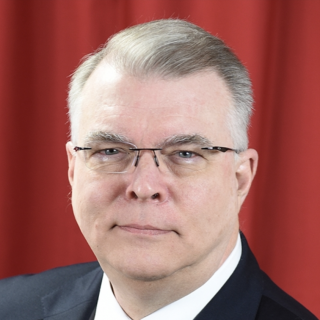 As an athlete for 20 years, Mike recognizes the benefits of hard work, proper training and being prepared for the competition. Today, these traits help him achieve winning results for his clients. A graduate of the Walter F. George School of Law at Mercer University, Mike has litigated in a diverse range of law throughout Georgia and has appeared as lead trial counsel in 47 Georgia counties. Mike has served as co-counsel with some of Atlanta's largest firms, and he has also represented family members of some of the best known attorneys in the country. He is an experienced trial attorney representing parties in divorce, alimony, child custody, child support, property division, pre-nuptial agreements, grandparent’s visitation, modifications and legitimations. Mike is especially proud of the fact that lawyers and judges have asked him to represent them in their own personal matters. Mike has been appointed, and has served, as a Special Assistant District Attorney, a Special Master, and has been appointed by the Courts as a Guardian ad Litem for children and the elderly. Additionally, Mike has been rated confidentially and independently by other attorneys through the Martindale-Hubbell attorney rating process as having an exemplary reputation, a high professional standing and a well-established practice with a significant client base. He has received the highest rating through this same process regarding his ethical standards evidencing his adherence to professional standards of conduct, ethics, reliability, diligence and other attributes relevant to the discharge of his professional responsibilities. In 2005, the Georgia Judicial Nominating Commission recommended Mike to Georgia Governor Sonny Perdue as being "Well Qualified" to be a Superior Court Judge in the state, and in 2015 he began hosting the radio show "Ask the Lawyer" heard in four states.

Georgia
State Bar of Georgia
Since 1990

Tennessee
Board of Professional Responsibility of the Supreme Court of Tennessee
ID Number: Surrendered license in good standing
2000-2012

Q. Is an employer liable for damages to employees' vehicles in company parking lot after a tornado?
January 16, 2023
A: For the employer to be responsible for such damage, there would need to be intent and/or wanton carelessness on the part of the employer for liability to attach to it. Surely you are not suggesting the employer was somehow responsible for the toronado - - are you?!

Q. can my wife leave me to live somewhere else and come take our camper we lived in next day while I’m gone all my stuff
January 16, 2023
A: Is it legal? It is not illegal for a spouse to use what could be construed as marital property. We lack the facts here to determine whether it is logical or reasonable for the wife to believe she was authorized to do so.

Q. Is it legal for my wife of 15 years to take our camper we live in with my belongings and leave me homeless
January 13, 2023
A: Is it legal? It is not illegal for a spouse to use what could be construed as marital property. We lack the facts here to determine whether it is logical or reasonable for the wife to believe she was authorized to do so.