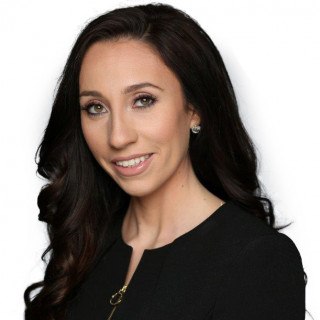 As an associate attorney at Levin & Perconti, Megan works in medical malpractice, birth injury, nursing home abuse and neglect, assisted living abuse and neglect, community integrated living arrangement (CILA) abuse and neglect, dental malpractice, and personal injury cases including sexual assault, privacy invasion, slip and falls, and auto accidents. Megan also leads a division of lawyers at Levin & Perconti which focuses on prosecuting sexual assault cases. Megan has a 100% success rate at obtaining a jury verdict or settlement in favor of her clients and is a recipient of one of the mostly coveted distinctions, Super Lawyer's 2021 Rising Star. Her cases have been highly publicized in the media, including The Chicago Tribune and NBC 5 Chicago Nightly News. Since 2016, Megan has recovered over $60 million on behalf of her clients.

Throughout her career, Megan also has presented at law schools and continuing education courses for lawyers across the country on electronic medical records, audit trails, preventing obstruction of justice, written and oral discovery, and the Medical Studies Act. Megan also serves as a consultant to AARP (American Association of Retired Persons).

Megan graduated from The John Marshall Law School (JMLS). While in law school, Megan was a JMLS Student Ambassador, a Phi Delta Phi Honor's Society member, on the Dean's List, a CALI Award recipient, and awarded as a Dean Johnston Academic Scholar. Out of 124 of her fellow students, Megan placed 2nd for her appellate brief and in oral argument in the Herzog Moot Court Competition.

Prior to working at Levin & Perconti, Megan was a law clerk for two years at Beam & Raymond, a firm which prosecuted birth injury cases across the nation in state and federal court. During this time, Megan had the pleasure of assisting nationally renown attorney, Geoffrey Fieger, at trial.

Chicago Injury Lawyer | Levin & Perconti | What Types of Cases Do We Handle?