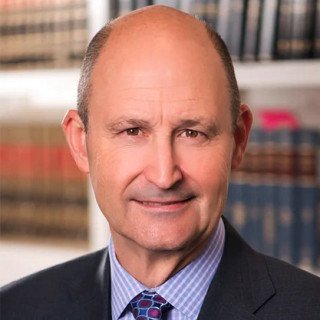 Mark Algorri is a founding partner of DeWitt Algorri & Algorri and is from Los Angeles. He graduated from UCLA in 1976 and obtained his J.D. in 1979 from the University of San Fernando Valley College of Law. While at UCLA, Mark managed and produced rock-and-roll bands, including Van Halen. His days with Van Halen have been chronicled in Greg Renoff’s bestselling book, Van Halen Rising.

After law school, Mark formed his trial firm with Louis DeWitt in Century City and later in Pasadena and Newport Beach handling complicated plaintiff’s personal injury and bad faith Insurance cases. He has received numerous multi-million dollar verdicts and settlements beginning as early as 1990, with a verdict for $1.4 million for three amputated fingers in a product liability industrial accident. Other numerous, multi-million dollar verdicts have followed, including a $2.9 million verdict for a crushed foot from falling tree branch; a $3 million judgment against Mercury Insurance for bad faith insurance practices; $4.75 million against the Cal Trans after verdict for liability of a dangerous road design; 10 Million dollar verdict against Farmers Insurance for bad faith insurance practices; $19 million verdict for injuries in a freeway motor vehicle accident; $25 million verdict for injuries in a motor vehicle accident. In addition, Mark has gained for his clients many large money settlements including over $4.5 million for police misconduct over $40 million for toxic contamination, in addition to numerous other multi-million dollar settlement for general personal injury and wrongful death claims. Many of these verdicts and settlements have been against the biggest and most aggressive industry titans, such as Ford Motor Co., General Motors Corporation, Farmers Insurance Co., and Mercury Insurance Co.

Most of our cases are referred by other lawyers for major injury, wrongful death and bad faith insurance claims.

Trial Lawyer of the Year
CAALA

Member
American Board of Trial Advocates (ABOTA)
Invitation only Association.