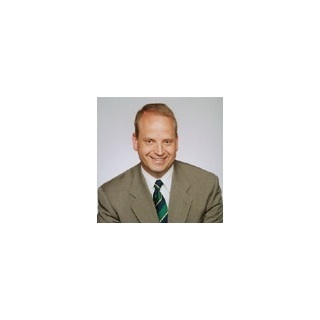 Mr. Cohen has a passion for drafting and reviewing documents, and helping clients resolve disputes arising out of all types of legal documents. He believes the distinction between litigation and transactional work is often artificial. Business litigation and real estate litigation are almost always the result of poor drafting, insufficient investigation, or an incomplete negotiation. He prefers Plain English over "Legalese" and believes the use of Plain English in business and law lowers costs, improves productivity, increases credibility, and reduces misunderstandings.

Mr. Cohen is also a proven litigator and trial lawyer. In 2012 he won a 4.2 million dollar verdict in a breach of contract case that included nearly two million dollars in punitive damages. His philosophy and experience enable him to facilitate transactions today that are least likely to become lawsuits tomorrow. He is a highly respected Boulder business lawyer.

Mr. Cohen grew up in Denver. He earned his BA in economics at Whitman College 1980, then returned to Colorado and received his law degree from the University of Colorado at Boulder in 1983. From 1983 to 1987 Mr. Cohen served as a Judge Advocate in the U.S. Air Force. He also served two years as a Special Asst. U.S. Attorney in Nebraska. In 1986, he won the American Bar Association's Outstanding Young Military Service Lawyer award.

From 1987-1995 Mr. Cohen practiced law in Nebraska, where he represented an agricultural lender in collection and bankruptcy matters throughout the state. He also successfully represented defendants in several high profile criminal cases. In twenty-six years as a trial lawyer Mr. Cohen has conducted more than 100 jury trials. He has served as an on-demand military law expert for MSNBC.

Mr. Cohen and his family returned to the Denver area in 1995. He served as a Prosecuting Attorney for the Denver suburb of Westminster for seven years, and served as Interim Municipal Judge for the City of Boulder for eighteen months. He today serves as Municipal Judge for the Town of Lochbuie, portions of which are in Adams County and portions of which are in Weld County. He also served on the Executive Board of the Colorado Municipal League in Denver. He served as an elected member of his town's Board of Trustees and on his town's Board of Zoning Adjustment. He has tremendous experience in all aspects of local government.

Because of his diverse background, Mr. Cohen has experience in many areas of the law, but his practices emphasizes agricultural and equine law, business litigation, intellectual property and unfair competition, municipal law and special districts, real estate law and litigation, and tax-exempt organizations and trade associations. He currently serves as General Counsel for the International Association of Certified Home Inspectors, a 501(c)(6) trade association with more than 8,000 members.

An accomplished writer, Mr. Cohen has authored six articles in the prestigious American Jurisprudence Proof of Facts series, including the primary article on piercing the corporate veil. He is a member of the Board of Editors of The Colorado Lawyer, a monthly magazine distributed to all members of the Colorado Bar Association. One of his interests is the use of "Plain English" rather than legal jargon in legal writing. Mr. Cohen also wrote two mysteries published by Time/Warner. His first mystery, The Fractal Murders, was a Book Sense mystery selection and a finalist for the Colorado Book Award. The sequel, Bluetick Revenge, won widespread praise from well known authors, including Kinky Friedman and Margaret Coel.

Mr. Cohen is a member of the Board of Directors of and a volunteer instructor for DART, Inc., a non-profit that offers training in preventing and responding to workplace violence, and with that background he drafts and reviews workplace violence policies. He holds a black belt in Shudokan karate and is an instructor at the Flatirons Karate Club.