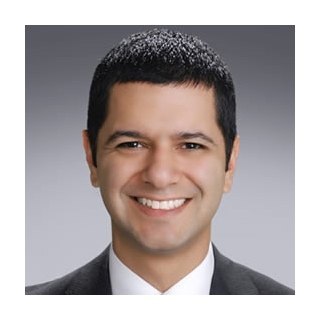 Marco A. Corales is an Atlanta attorney that specializes in protecting the rights of those accused of crimes. A native of Miami, Florida, he graduated cum laude from Florida International University before attending the Wake Forest University School of Law in North Carolina. At Wake Forest, in addition to his core legal studies, he gained valuable practical experience by interning for the Forsyth County Chief District Court Judge and the District Attorney’s Office. He graduated with a Juris Doctor degree in 2005, earning the North Carolina Advocates for Justice Award for excellence in trial practice. After graduation, Marco began working as a criminal defense attorney for the DeKalb County Public Defender’s Office, where he successfully handled misdemeanor and felony cases of all types, including traffic, DUI, robbery, drug crimes, domestic violence, sex crimes and homicide. In addition to skilled trial work, Marco resolved several cases by winning crucial evidence suppression hearings, which led to many of these cases being dismissed outright. His attention to detail and zealous advocacy also served his clients well in negotiations with prosecutors, where many cases were resolved with either reduced charges or pretrial agreements that led to dismissals. In 2008, Marco left the Public Defender’s Office to put his legal talents to work for the greater Atlanta area, and started Corales & Woody, LLC, a firm dedicated to the zealous representation of those charged with criminal offenses. While the firm is based in Atlanta, Marco actively serves all Georgia counties. He is admitted to practice in the Georgia courts at all levels, from Municipal and State Courts to the Supreme Court of Georgia, as well as the Federal District Court. Marco is a member of the Georgia Association of Criminal Defense Lawyers and has lectured about criminal law at local Atlanta Colleges. In addition, being fluent in Spanish, he has hosted a weekly call-in show on Spanish-l